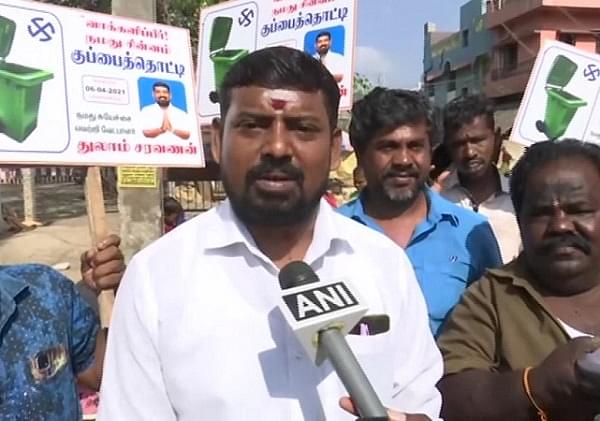 Taking the competition among political parties in distributing freebies to a new level, an Independent candidate in Tamil Nadu Thulam Saravanan has given many promises that attracted national attention.

Among his list of freebies promised is a mini-helicopter, gold jewellery for weddings, three-storey house, robot to reduce workload of homemakers, boat for every family, 300-ft high artificial snow mountain to keep his constituency cool, a rocket launch pad and a space research centre.

With his promises, the 33-year-old aims to raise awareness among people falling for freebies and to make the voters choose good candidates, reports Business Today.

"My aim is to raise awareness against people falling for freebies by political parties. I want them to choose good candidates who are ordinary humble people," said Saravanan who lives with his elderly parents.

With dustbin as poll symbol, Saravanan is contesting the polls as an independent candidate from Madurai South constituency.

“Though I have no money for the campaign and have sought help from friends and relatives, my WhatsApp message has gone viral and people are thinking about my tall promises and the thought behind it. That is my victory though I may not win," he said.