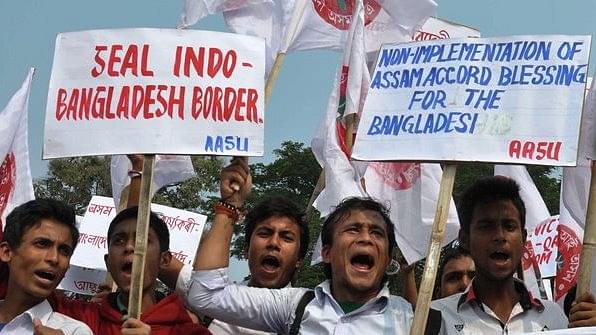 Tamil Nadu Police on Tuesday (28 May) arrested nineteen Bangladeshi nationals posing as Indians from Tirupur. The arrests were made during a routine vehicle check at Sirupooluvapatti.

Police confirmed that the accused had obtained fake Aadhaar cards and were claiming themselves as Indian citizens. The accused including a juvenile were caught in the same area they were working. They confirmed after the preliminary investigations that the arrested are Bangladeshis living in India without a passport and visa, reports Times of India.

Speaking on the incident, a senior police officer said, “All of them were staying at Athikkadu Thottam in Sirupooluvapatti. They are working in two different knitwear units in the same area.”

He added, “It is worrying that there is no proper mechanism to vigil the infiltration to the industrial-oriented cities like Tirupur. If illegal immigration could not be controlled, it would become a threat. The city police have been directed to search continuously for such illegal immigrants.”

The number of illegal immigrants arrested from Bangladesh since October has now reached 41 and according to the police all of them have obtained fake Aadhaar cards.