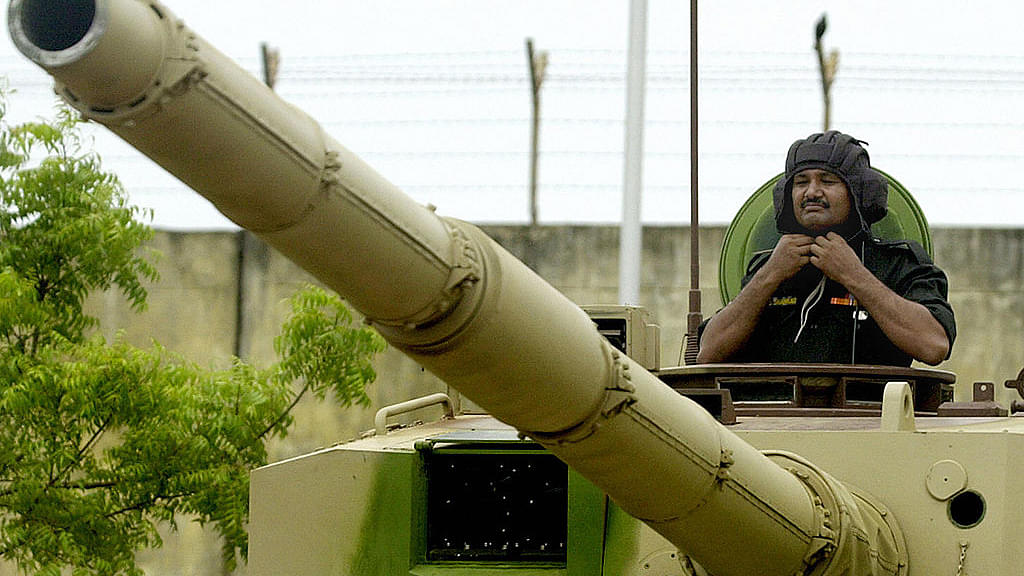 An Indian crew member stands in a main battle tank Arjun as he prepares for its roll out ceremony at the Heavy Vehicle Factory in Avadi some 35km south-west of Chennai. Photo credit: DIBYANGSHU SARKAR/AFP/GettyImages

Tamil Nadu is preparing to establish a defence component manufacturing cluster aimed at the production of heavy equipment, such as tanks and heavy-duty engines, to meet Indian demand and for the supply of equipment to international buyers. The state currently houses a heavy vehicles factory in Avadi, where India’s frontline T-90s and Arjun main battle tanks are manufactured.

Officials from the state’s small and medium industries department convened a meeting last month to discuss the availability of land. According to Economic Times, the 150-acre cluster will have mechanical and electronic component makers along with a testing and data analytics centre. Mangath Ram Sharma, chairman and managing director of Tamil Nadu Small Industries Development, confirmed the state’s plan and said:

The discussions are in the preliminary stage. Right now, talks are on with small units near Ambattur to examine if they are interested in this cluster approach. But, we will soon prepare a technical and financial feasibility report.

According to reports by local media, Avadi is a natural choice with its heavy vehicle factory and a research centre for combat vehicles, but the government is also considering Thervoy Kandigai in Tiruvallur district, where about 130 acres of land held by the government can be used for the defence cluster.

"Till now, many suppliers to the tank factories and testing facilities in Tamil Nadu are present outside the state. The plan is to get them to invest in the state," the newspaper quoted a top state official as saying.