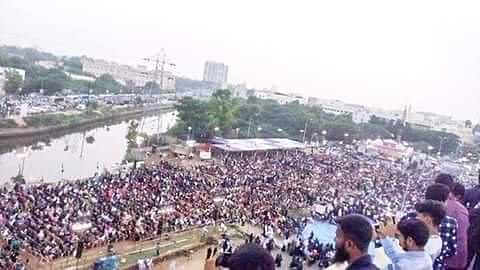 As the number of Covid-19 positive cases reached 67 the state, the health authorities in Tamil Nadu have raised serious alarm of health status of about 1,500 people from Tamil Nadu, who reportedly attended a Tablighi Jamaat congregation in Nizamuddin in Delhi, The Hindu reported.

According to the report, a high percentage of those who were tested turned out to be novel coronavirus positive in the group.

Of the 17 samples tested among the group that had returned after attending the Islamic conference, 16 persons tested positive with at least 14 in Erode district itself. Another 10 tested positive Monday, while one person in Thiruvarur who attended the event also tested positive.

A report from Coimbatore said that nine persons at Anamalai in Coimbatore district had got infected after attending the Delhi congregation.

The state authorities fear about the possibility of cases spreading from these infected group to the rest of their contacts.

Despite aggressive contact tracing, the authorities have been able to prepare a list of 819 names among the 1,500 people who attended the conference. Efforts are afoot to get those initiate Covid-19 testing for those identified.

(This report has been updated).