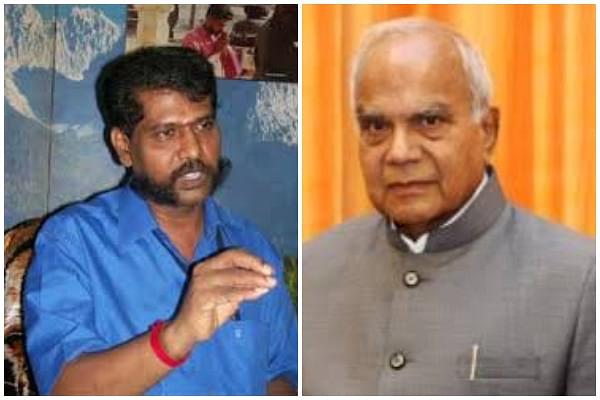 The editor of Tamil tabloid magazine Nakkeeran, Nakkeeran Gopal, was arrested in Chennai on Tuesday, based on a complaint from Governor Banwarilal Purohit’s office, Pudhiya Thalaimurai has reported .

Gopal was arrested by a special police branch at the Chennai Airport. Gopal was in the airport waiting to catch a flight to Pune. The arrest followed a complaint by Raj Bhavan against the magazine’s recent reportage on the alleged sex scandal at Madurai Kamaraj University.

Nirmala Devi, assistant professor in a college in Aruppukottai, was arrested in connection with the alleged sex scandal. In a leaked tape, Nirmala Devi was heard persuading four girl students to offer sexual favours to top officials in Madurai Kamaraj University. In the tape, Nirmala Devi also claimed that she knew Tamil Nadu Governor Banwarilal Purohit, who is also the chancellor of the university.

The TN governor, who has been trying to clean up the corrupt system of Vice-Chancellor appointments, had strongly denied knowing the Arupukottai professor.

“I have not met Nirmala Devi. I don't know her. I am lucky to be a great grandfather, and, I, therefore, deny all the charges against me,” Purohit said. He has also appointed the R Santhanam committee to probe the issue and has asked it to submit its report in a week.
The magazine, in its recent issue, ran a cover story alleging that Devi met Purohit four times. As per police sources, an FIR under Section 124 of IPC has been filed against Gopal for defaming the Governor. Gopal, who is seen as close to the DMK, shot to prominence when he played the role of the emissary between the government and notorious Sandalwood smuggler Veerappan when the Kannada movie thespian Rajkumar was kidnapped.