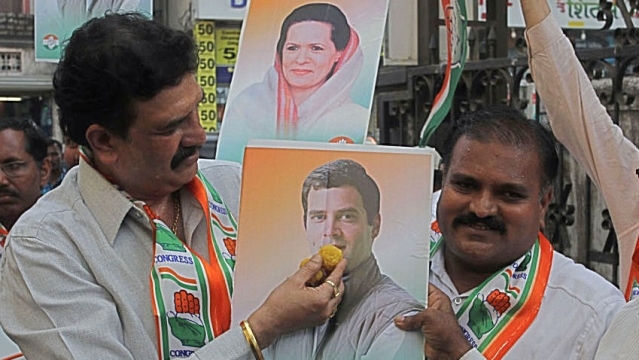 Congress workers in Tamilnadu on Saturday (6 April) attacked a photojournalist for taking pictures of empty chairs at a meeting organised by the party, reports ANI.

In the video, the journalist who reported for a Tamilnadu weekly magazine could be seen being assaulted by Congress party workers during an election meeting.

#WATCH Tamil Nadu: Congress workers manhandle and thrash photojournalists who were allegedly clicking pictures of empty chairs at a public rally by the party in Virudhunagar. (06.04.2019) pic.twitter.com/epTiD9iLtK

The extreme high-handedness of the Congress workers was caught on camera when the journalist in question began clicking pictures of the empty chairs before the party meeting began.

The photojournalist identified as RM Muthuraj, was manhandled by workers of the party headed by Rahul Gandhi, who then tried to snatch his camera. In response, other journalists present at the venue intervened and a brawl broke out between the two groups.

It is said that Muthuraj has been admitted to a local private hospital. The journalist has also filed a complaint against the workers at a local police station.