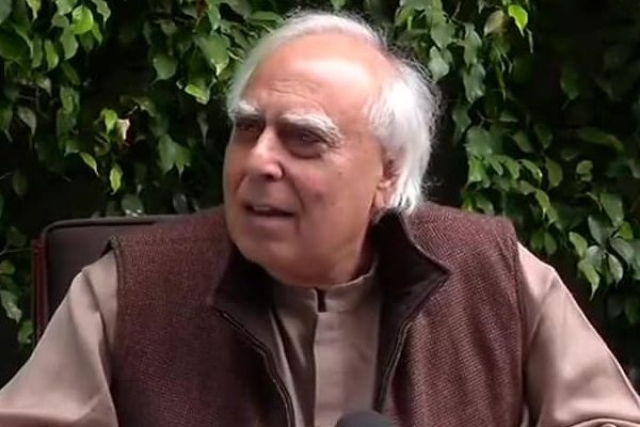 The channel is funded by Sibal and has brought on various senior journalists. (image via Rajan Alexander/Facebook)

The Telecom Disputes Settlement and Appellate Tribunal (TDSAT) has approved Congress leader Kapil Sibal’s English channel to use the name of ‘Harvest TV’ until the Ministry of Information and Broadcasting (MIB) decides on its application for a change of name, the Television Post reports.

Veecon Media and Broadcasting launched a channel under the name ‘Harvest TV’ on 26 January. The channel is supported by Congress bigwigs and has brought on various senior journalists like Barkha Dutt, Karan Thapar, and Punya Prasun Bajpayi.

On 29 January, the MIB issued the channel a show-cause notice regarding its shareholding, and the usage of the name ‘Harvest TV’, forcing the company to move the TDSAT. The tribunal granted MIB ten days to reply and ten more days to file a rejoinder.

The Veecon counsel, Amit Sibal has hinted that the notices give ground to the broadcaster’s anxiety that efforts are on against them using the ‘Harvest TV’ name, and based on that, the channel can be stopped from broadcasting.

He further submitted that MIB, in the show-cause notice, has not considered Veecon’s application filed for a change of name and logo of the channel to ‘Tiranga TV’ on 26th September 2017, and again on 18th January 2019.

It seems that the ministry has proceeded, claims Veecon, to accept the contention of Bibi George Chacko that he had authorised Veecon to use the name and logo of ‘Harvest TV’ for only two years, and the duration expired on 31 January 2018.

Veecon denies Bibi George Chacko’s claim and states that he needs to approach an appropriate court or authority, and not use the MIB for the dispute.

The tribunal, noting that the application had been pending for more than a year, asked the MIB to decide the issue according to the law as soon as possible. Till then, the ministry cannot prohibit Veecon from using ‘Harvest TV’ name, ruled the tribunal.

The next hearing has been scheduled on 5 March 2019 under the same heading .