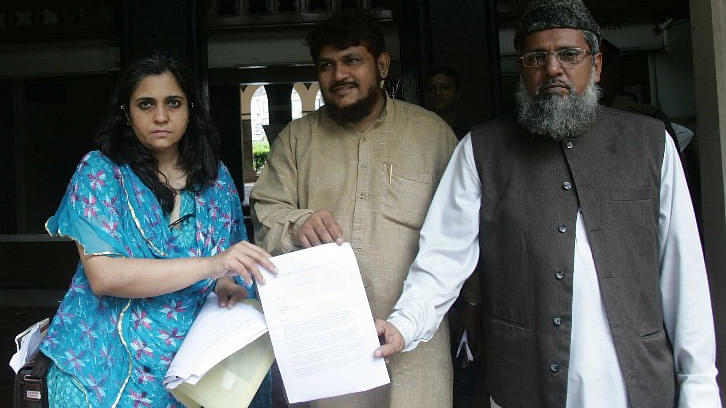 Controversial activist Teesta Setalvad has been booked for fraudulently obtaining Rs 1.4 crore for her trust from the Union Ministry of Human Resource Development (HRD) between 2010 and 2013, Hindustan Times has reported.

Setalvad’s former associate Raees Khan Pathan has filed a complaint against her and other trustees of the Sabrang Trust claiming that the HRD Ministry illegally sanctioned the funds to her under the 'Sarva Shiksha Abhiyaan'.

According to the complainant, Setalvad's trust distributed education material that could cause communal disharmony. Pathan said that Setalvad and Sabrang Trust tried to “mix religion with politics” to spread disharmony.

"Large amounts were also transferred as donation from Sabrang trust to Citizens for Justice and Peace (CJP), another NGO of Teesta Setalvad which too was used for various activities such as payment of salary to office staff in Gujarat, travelling expenses to riot victims of Gujarat, advocate fees and on various campaigns launched in Gujarat against the state government," his complaint reads.

Following the complaint, a case was registered against her by the Ahmedabad Crime Branch. “The complaint names Teesta Setalvad, her husband Javed Anand, other directors of Sabrang Trust and unknown MHRD officials as accused,” said Additional Deputy Commissioner of Police (Crime Branch) Rajdeepsinh Zala.

Setalvad and other Sabrang trustees have been booked under various sections of the IPC including 403 (dishonest misappropriation of property), 406 (punishment for criminal breach of trust), and 409 (criminal breach of trust by public servant, or by banker, merchant or agent) and the Prevention of Corruption Act, he said.

The complaint cites an HRD Ministry report which claims that a prima facie case exists against Setalvad for promoting enmity on the grounds of religion and making imputations and assertions prejudicial to the national integration.