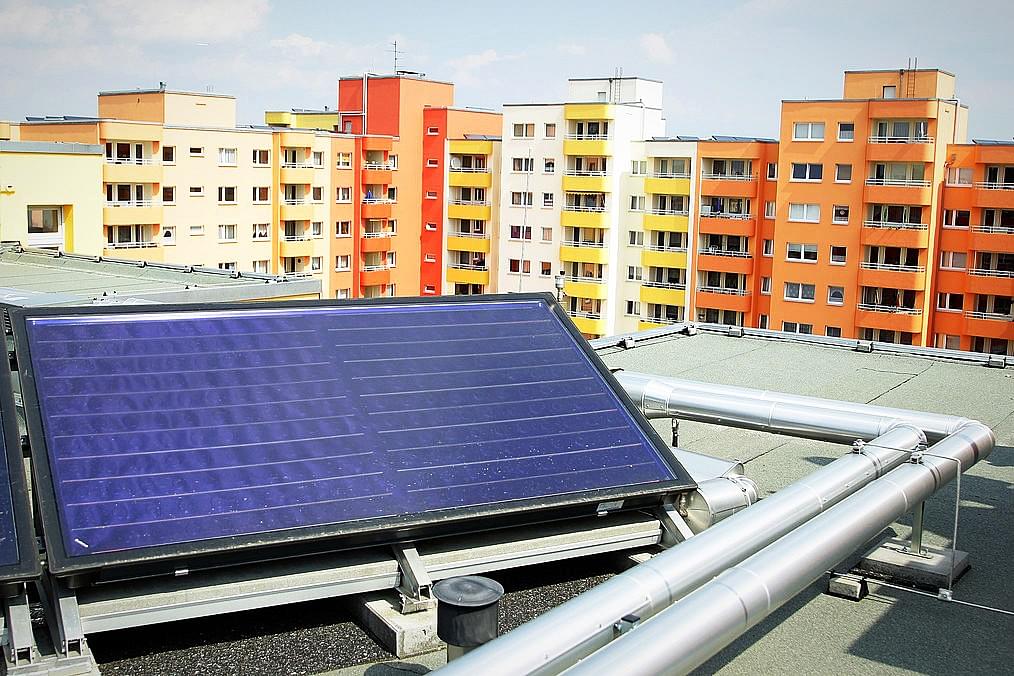 All houses, apartments, community halls and commercial establishments that have a built-up area of over 300 square yards (2,700 sq ft) to install solar panels on their rooftops (Representative image) (Andreas Rentz/Getty Images)

The Municipal Corporation of Karimnagar (MCK) has signed a Memorandum of Understanding (MoU) with the Telangana State Renewable Energy Development Corporation (TSREDCO) to generate 1.45 MW of power through solar rooftop panels, the Hindu reports.

The body has passed a resolution making it compulsory for all houses, apartments, community halls and commercial establishments tha have a built-up area of over 300 square yards (2,700 sq ft) to install solar panels on their rooftops.

From 1 March, new buildings of over 300 square yards, need to ensure provision for solar rooftop panels before applying for construction permits. Older structures would also have to install solar panels on their rooftops.

Currently, Telangana generates over 3,000 MW, making it the second largest state in India in solar power. Karimnagar district has also installed 1.5 MW panels, and the town itself accounts for 1,300 KW of solar energy. Mayor Sardar Ravinder Singh said the decision was made to encourage solar power generation and at the same time stop pollution from fossil fuels.

MCK now claims that it would become the first corporation to make it mandatory for all new houses to install solar panels and also would provide 30 per cent subsidy if installed through TSREDCO.

The civic body would make it easier to provide net-metering services with the Northern Power Distribution Company Limited (NPDCL). The corporation would also be installing solar panels in 77 buildings in the town, including government offices, school building and other government properties to reduce electricity bills.

Property owners would be able to earn from the extra power they generate as the NPDCL would be purchasing power at Rs 3.50 per unit. Currently, at least 43 consumers are selling their extra solar energy in the town.