‘Telecom Not The Core Business Of Either GAIL, OIL Or PowerGrid, AGR Ruling Not Applicable To Non-Telco PSUs’: Pradhan 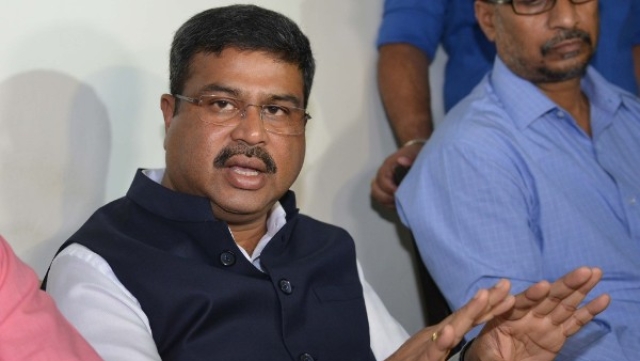 Petroleum and Natural Gas Minister Dharmendra Pradhan said on Monday (17 February) that oil companies were not covered by the Supreme Court ruling which directed telecom companies to pay licence fee for previous years by including their non-telecom revenues, providing relief to state-run energy firms that face the prospect of paying huge licence fee even for their negligible telecom operations.

Following the Supreme Court order on October 24 that directed telcos such as Bharti Airtel and Vodafone Idea to pay AGR dues to the government by including their non-telecom revenues, the Department of Telecom (DoT) also sought higher licence fee payout from non-telecom companies such as GAIL, Oil India Ltd (OIL), PowerGrid, Railtel, DMRC and Gujarat Narmada Valley Fertilizers & Chemicals Ltd.

While the DoT calculations suggest that licence fee dues with OIL is to the tune of Rs 48,489 crore, the same is Rs 22,063 crore in the case of PowerGrid. The charges are much higher for GAIL at Rs 1,72,500 crore.

"DoT has served notice to the government oil companies due to some communication gap. We have placed our side after doing all legal consultations," Pradhan told reporters on the sidelines of a steel conference.

He said that oil companies were not pure play telecom companies and their telecommunication operations were very limited to the extent of largely supporting their own operations.

"Telecom is not the core business of either GAIL, OIL or PowerGrid," he said, adding that the apex court order, he believed, did not cover non-telecom PSUs.

Following the October 24 SC ruling and DoT asking even non-telecom companies to come with their calculation on AGR dues, these entities also filed a clarificatory petition in the apex court only to be directed to take up the issue with the appropriate authority.

Following this, OIL has filed a petition with telecom tribunal TDSAT. Other PSUs are also expected to follow suit.