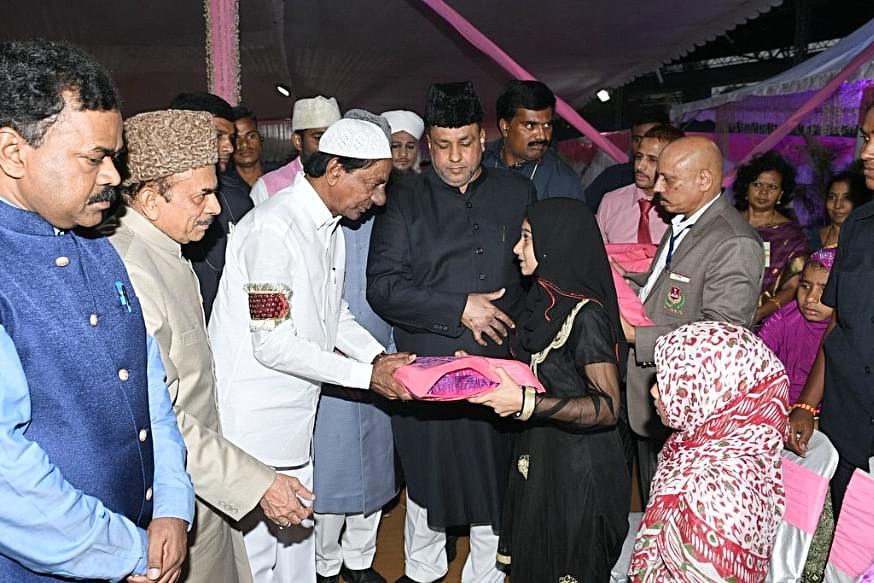 The Telangana CM distributing gifts to Muslims. (pic via Twitter)

The move has triggered a storm of sorts in the city as several activists approached the Hyderabad High Court to cancel what they view as a politicisation of the issue and misuse of public funds.

“Iftar is a personal affair of a Muslim and the government is politicising it. If the government wants to show that it cares about minorities and communal harmony, then all ration card holders who are Below Poverty Line (BPL) can be given dry fruits through Public Distribution System (PDS),” a statement by the activists read, the report said citing The News Minute.

The state’s Deputy CM Mahmood Ali has said that the event will be attended by 7,000 people. KCR has been hosting such Iftar parties since 2015.

The move comes even as President Ram Nath Kovind choose to skip any such events at the Rastrapati Bhavan this year, following what former president A P J Abdul Kalam did during his tenure.