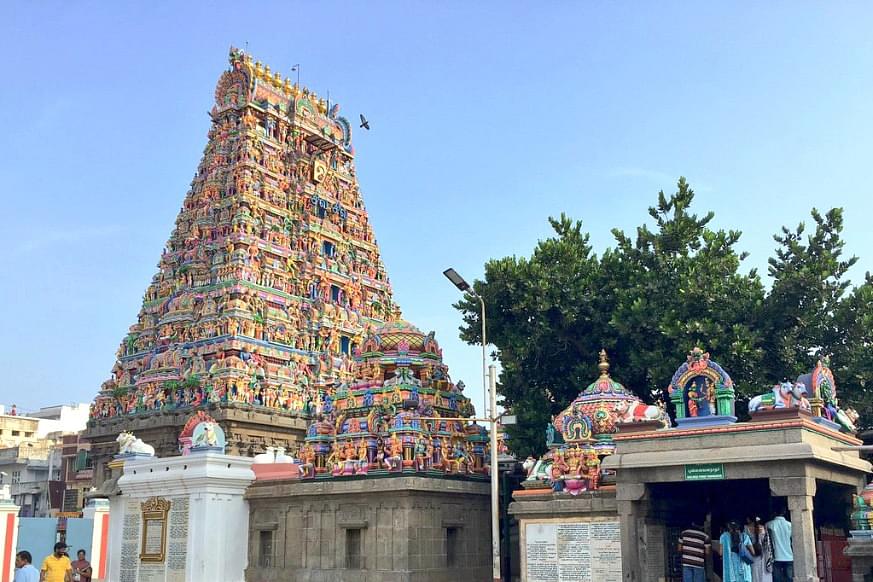 The Madras High Court has criticised the “mechanical” functioning of priests in Hindu temples, stating that they have little devotion towards gods. A High Court bench comprising Justices R Mahadevan and P D Audikesavulu made these observations while hearing a petition demanding kumbhabhishekam (consecration) of the Kapaleeshwarar Temple at Mylapore in the heart of the city after installing a new peacock idol in the place of a missing one.

A Srirangam native Rangarajan Narasimhan moved the HC demanding the Hindu Religious and Charitable Endowments (HR&CE) Department to conduct the consecration. A stone idol of peacock, considered to be Goddess Karpagambal, holding a flower between its beak went missing some 14 years ago.

The temple officials, instead of finding the idol, have replaced it with a new one that has the peacock holding a snake in its beak instead.

When the judges took up the petition for hearing, they wondered how the priests who worked there failed to take notice of the missing idol, reported Times of India. They observed that the priests were mechanically carrying out their jobs without any devotion.

The peacock idol was allegedly replaced in 2004 after it was damaged. However, HR&CE officials say there is no proof that the idol has been replaced. Nor have they located the missing idol.