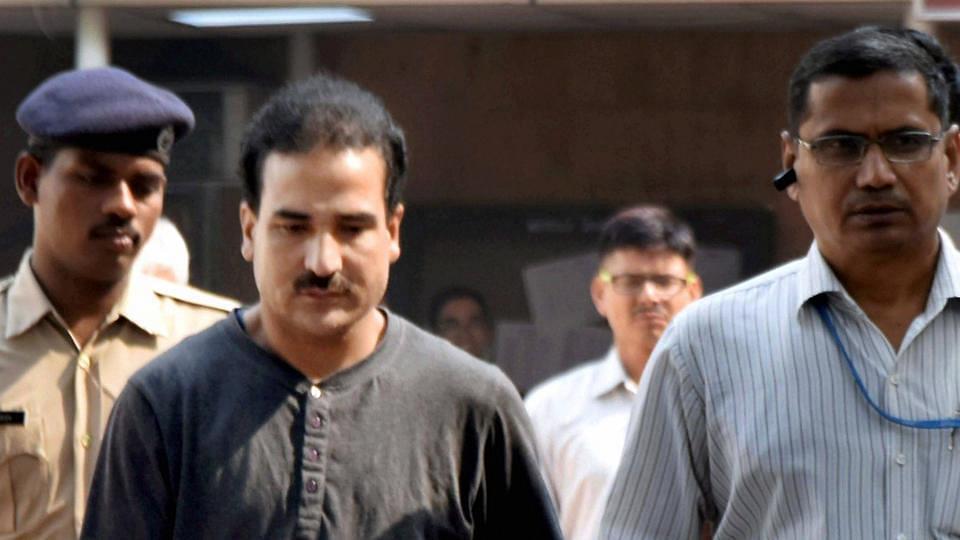 Syed Shahid Yousuf, who was arrested by the NIA, being produced at the Patiala House Court in New Delhi. (PTI)

The Jammu and Kashmir government on Thursday suspended Hizbul Mujahideen chief Syed Salahuddin’s son Syed Shahid Yousuf from his agriculture department job, 10 days after he was arrested by the NIA in a terror-funding case, officials said.

Yousuf, 42, was posted as agricultural assistant in Budgam of central Kashmir when he was arrested by the National Investigation Agency (NIA) on 24 October.

The officials termed the suspension as routine. Every government servant is deemed to be suspended within 48 hours of his or her arrest under the civil services conduct rules.

However, in this case, the state government had sought some clarifications from the NIA before issuing the order.

The order, which was issued on Thursday by director of agriculture Altaf Andrabi, said that Yousuf is deemed to have been suspended from the date of his arrest.

Yousuf was arrested by the NIA in connection with a 2011 terror-funding case for allegedly receiving money from his father, who is currently based in Pakistan.

The NIA alleged that Yousuf used to receive funds through a US-based international wire transfer company from Aijaz Ahmed Bhat, another accused in the case who is absconding and based in Saudi Arabia.

The NIA claimed he had received a total of nearly Rs 4.5 lakh through eight international wire transfers.

The case, registered by the NIA in April 2011, relates to the transfer of money from Pakistan to Jammu and Kashmir through hawala channels via Delhi, which the agency believed was used in funding terrorism and secessionist activities.

Two others - Mohammed Maqbool Pandit and Bhat - also named in the charge sheets are absconding. An Interpol Red Corner notice has been issued against them.

Yousuf’s father Mohammed Yusuf Shah - better known as Syed Salahuddin - was declared a specially designated global terrorist by the US Department of State in June.

Besides heading Hizbul, Salahuddin is the chairman of the United Jehad Council (UJC), a conglomerate of terrorist outfits operating in the valley. (PTI)