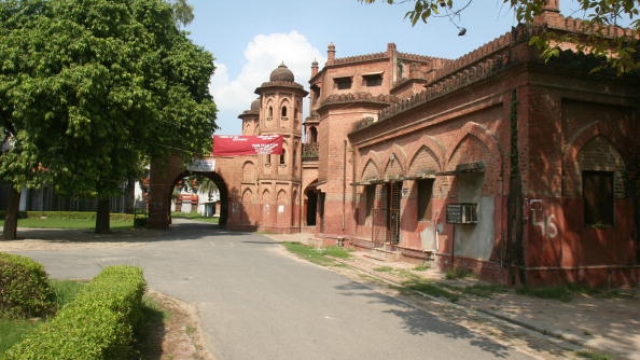 Aligarh Muslim University (AMU) has found itself in the midst of another controversy, with the local BJP Yuva Morcha president Mukesh Singh Lodhi filing a complaint with the police against the varsity’s students for taking out a protest march on Saturday (15 December) supporting the seven stone-pelters who were recently killed in a security operation in Pulwama, Jammu and Kashmir (J&K), reports TOI.

Lodhi filed his complaint with the district SSP Ajay K Sahni and demanded that an FIR be lodged against the students, who were led by the President of AMU Students’ Union Salman Imtiaz and Secretary of the same, Huzaifa Aamir. The BJP youth leader asked the police to arrest all the AMU students involved in the event.

He came down heavily on the students, lambasting them for their ‘terrorist mentality’. For his part, Sahni stated that he has communicated a letter to the AMU vice-chancellor to glean more information about the issue.

The premier minority institution is no stranger to controversy. Earlier this year the university came under fire for hanging partition architect Muhammad Ali Jinnah’s portrait in the students’ union office.

Just this month, AMU’s administration had also been accused of insensitivity to the beliefs of the minority Hindu students on its campus, whose vegetarian food was being cooked with the same oil used for preparing non-vegetarian meals.