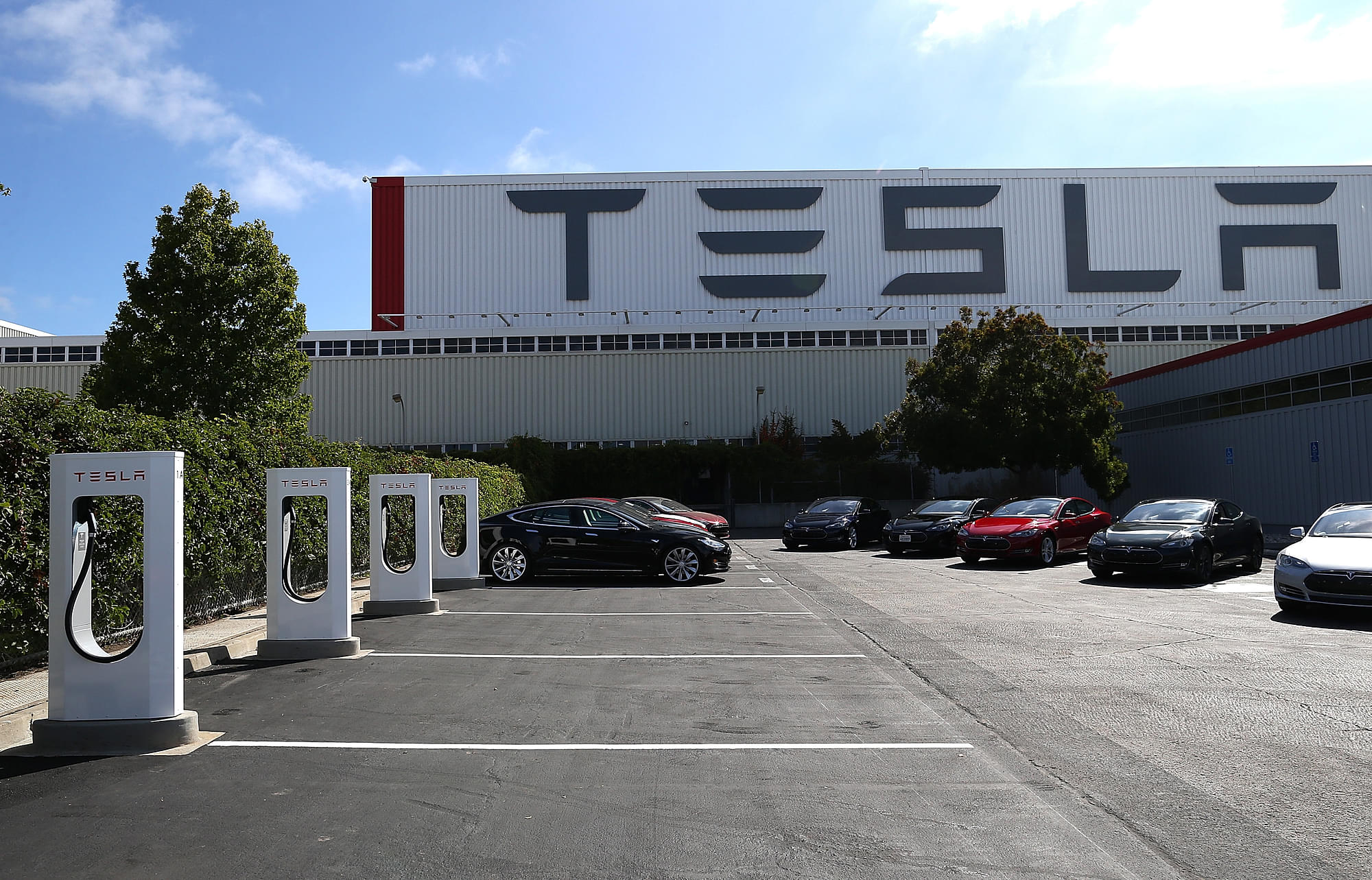 A row of new Tesla Superchargers are seen outside of the Tesla Factory in Fremont, California. (Justin Sullivan/Getty Images)

Elon Musk’s Tesla has temporarily halted the production of its Model 3 sedan, The Wall Street Journal has reported. The electric vehicle maker has so far missed several targets in its pursuit of a mass-market car.

The operations at the company's assembly plant at Fremont, California were halted in what was described as a planned shutdown, the daily’s report says. The shutdown is expected to last for a week.

In an official statement, Tesla said it had planned downtime into its production plans “to improve automation and systematically address bottlenecks in order to increase production rates.”

The stoppage of production comes days after Chief Executive Musk said the company had established a sustainable production capacity to make at least 2,000 cars a week.

The temporary disruption, however, will not impact the production of company's other two product lines - Model S and Model X.

In an interview with CBS on 14 April, Musk conceded that relying too much on robotics was a mistake. When asked during the interview if complex robotics involved with the production played a role slowing down the car manufacturing process, Musk replied, "Yes, they did... We had this crazy, complex network of conveyor belts... And it was not working, so we got rid of that whole thing."

Yes, excessive automation at Tesla was a mistake. To be precise, my mistake. Humans are underrated.

Musk has thus far claimed that Tesla’s innovative approach to automation in the factory will help his fledgeling company against traditional automakers. That he has now expressed scepticism  on completely automated production and plans to pivot to a process involving  more human involvement, critics have began to question Tesla’s ability to deliver on its promise of ramping up its production to 5000 cars per week to meet the demand of the huge waiting list of customers who have signed up to buy the Model 3.