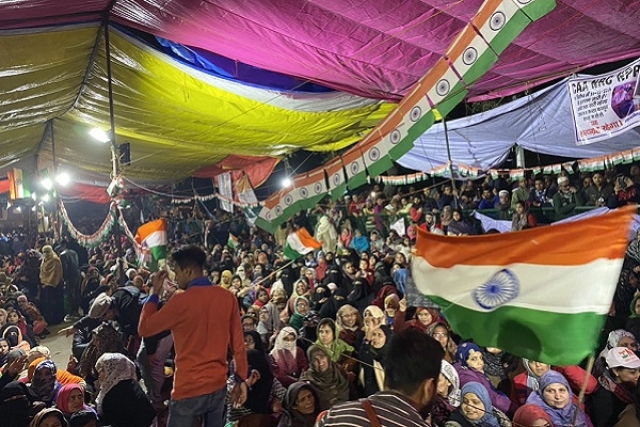 Anti-Citizenship (Amendment) Act (CAA) protestors at Shaheen Bagh in New Delhi, that have been in news for various wrong reasons, on Sunday (9 February) allowed a Hindu funeral procession to pass by opening the road they had blocked, reports India Today.

One of the protestors at the 57-day-long agitation against the CAA said they had not done anything unusual by opening the road and the protestors respected one another.

“We respect each other and by allowing the procession to pass through, we have not done anything unusual. We have allowed buses&ambulances also,” she said while speaking to news agency ANI.

A video of the procession passing by the police barricades and protest site was also shared by several Twitter users.

WATCH - Protesters in #ShaheenBagh open barricades and make way for a funeral procession.

Many users, however, did not seem to be amused by the ‘gesture’ of the protestors. Calling it to be an obligation, they said it was illegal to occupy and block a public road in the first place.

"Allowed"? What are they? Owner of Shaheen Bagh? They've occupied a public place forcefully and now trying to earn some brownie points over it.

Someone ask them about those who died in ambulances because of traffic jam due to their seize of Shaheen Bagh.

Shaheen Bagh has been one of the main epicentres of the anti-CAA protests across the country. Protestors have been blocking the roads and agitating at the venue for nearly two months now.

Reports have also come out that Radical Islamist organisation Popular Front of India (PFI) is funding the Shaheen Bagh protest. The Enforcement Directorate (ED) made this claim while investigating a cash trail which was used to fund the anti-CAA protests in the country. The ED has claimed that the PFI had deposited Rs 120 crore in 73 bank accounts to allegedly fund the protest.

The transfer was reportedly made in the form of cash deposits. PFI reportedly kept one-third of its donations in its national headquarter officers in Delhi’s Shaheen Bagh.