Thanks To GST, Tamil Nadu Managed To Lower Its Fiscal Deficit 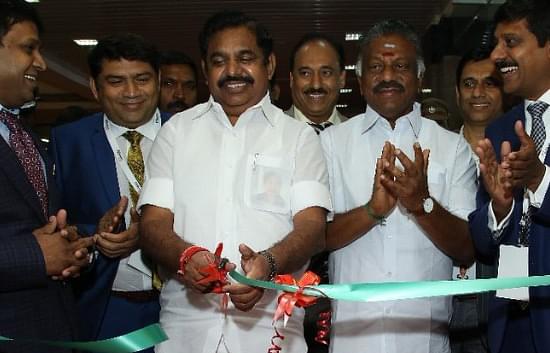 Presenting the state’s budget in the assembly, Tamil Nadu Deputy Chief Minister and Finance Minister O Pannerselvam today (16 March) said that the state has adhered to its target of reducing its fiscal deficit from 4.4 per cent of the gross state domestic product (GSDP) in 2016-17 to 2.82 per cent in 2017-18, reports The Times Of India. Panneerselvam attributed this reduction due to the buoyancy in revenue collection after the Goods and Services Tax (GST) was implemented.

He added that the state hadn’t met its revenue target and thus had revised it downwards due to lesser revenue from liquor.

The state’s total debt at the end of the next financial year is expected to be around Rs 3.55 lakh crore which is 22.29 per cent of the GSDP which is against the norm of 25 per cent.

There is a significant fall in the growth of the state’s own tax revenue in 2017-18 due to fall in commercial tax and state excise which have negatively impacted the revenue receipts.

Tamil Nadu estimates tax revenues of Rs 1.12 lakh crore in the upcoming financial year as compared to Rs 98,673 crore in the current one. It estimates revenue from GST – which it was initially opposed to – to be Rs 86,869 crore. With a GSDP growth of 8.03 per cent in 2017-18, Panneerselvam said he was confident that the economy would pick-up soon.