The New Normal Of US Foreign Policy? Nikki Haley Says Not A Dollar To Pakistan Until It Stops Harbouring Terrorists 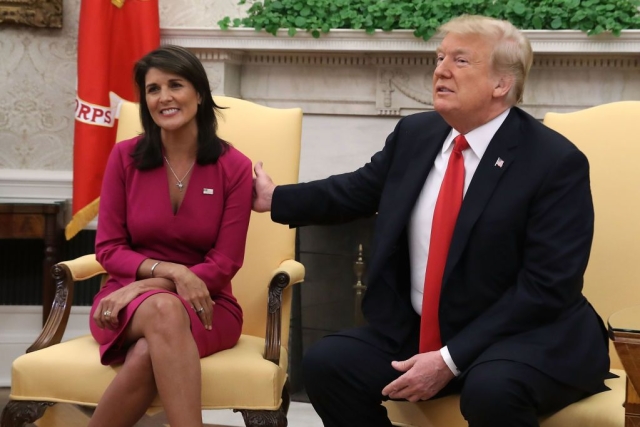 United States Ambassador to the United Nations, Nikki Haley has spoken on how Pakistan is a safe haven for terrorists who kill American soldiers, and therefore, United States should not give a single dollar to Islamabad until the issue is resolved.

The Atlantic quoted Haley as saying, “I think there should be a strategic view on which countries we partner with, the ones we count on to work with us on certain things, and move forward accordingly. I think we just blindly allow money to keep going without thinking that this is real leverage. We have to use it.”

She will be stepping down as the envoy by the end of the year and her successor Heather Nauert, a former journalist with Fox News, will be taking over soon.

Furthermore, she added, “I don't think you should blindly give it and then expect goodwill. You have to ask for goodwill and then give it when you see good things happen,” The Tribune reported.

Earlier in September, Trump administration rolled back the $300 million military aid given to Islamabad for counter-terrorism operations.