The Odisha Marijuana Trail: Another 500 Kg Consignment Seized In Delhi 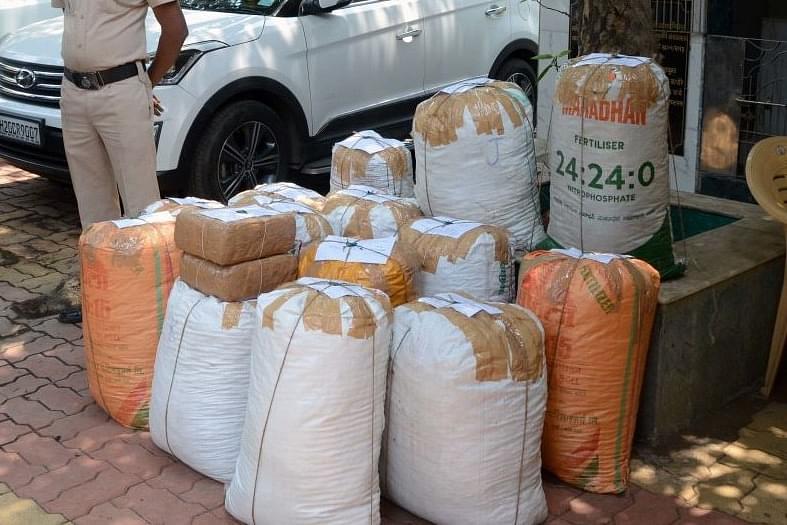 A consignment of marijuana bring transported under the garb of telecom equipment in secret cavities of a truck was seized in Delhi, the Times of India reported.

According to the report, "a team led by ACP Aditya Gautam and inspector Rajnikant laid a trap and recovered the truck."

The TOI report mentions that an officer has said that Odisha has emerged as a big source of supply in all major seizures this year and that it had earlier reported how the the demand for marijuana has "skyrocketed" in the capital. Earlier this year,  a consignment of 535 kg marijuana was seized. Earlier consignments of 270 kg, 700 kg and 540 kg respectively have been confiscated in Delhi.

The Crime Branch of Delhi Police seized 500 kg "of the contraband worth Rs 2 crore from a truck" near Geeta Colony in New Delhi. Two smugglers were also arrested and a team of interrogators has been sent to Odisha to nab "the bigger players in the cartel". An officer said, “While the state’s climatic condition favours the production, the growth is further aided by barren Maoist-affected hilly terrains as well as prevalent poverty."

Jay Panda, former MP from Odisha commented with a bit of sarcasm on Monday's seizure of marijuana in Delhi. "There are severe & weird anomalies in our education system. The principle of "equal pay for equal work" must apply, it's only natural justice! The current distortions are unfair, demotivational, and are affecting educational outcomes. We must redress these urgently, " he said.