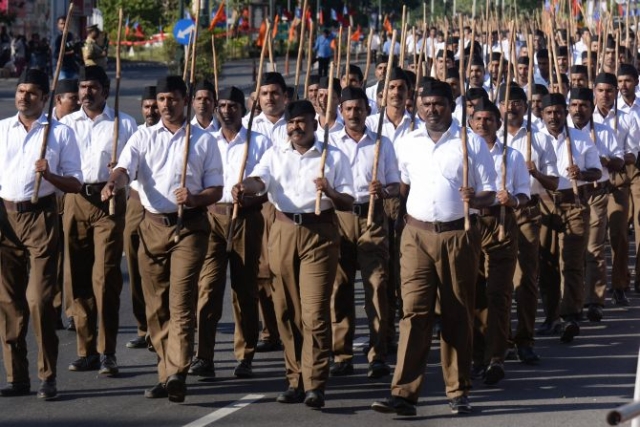 The Rashtriya Swayamsewak Sangh (RSS) has added 250 new shakhas in the state of West Bengal over the last one year and and wants go beyond the current block level reach it has and reach out to people at a mandal or gram panchayat level, reports The Times of India.

A senior functionary explained that the rapid expansion was due to an increase in response from members of socially and economically backward areas.

The Sangh gained a considerable foothold in the Hooghly district and town of Durgapur with the total number of shakhas going up from 1,100 in 2016 to over 1,350 in 2017.

Growth is being witnessed in areas where people lack basic facilities like education and health. We are getting response from people. Based on the response, we are spreading into areas where people have expressed their willingness for seva.

Localised development models have helped the RSS grow by 20 per cent over the last one year.

The RSS operates 910 shakhas across 650 places in South Bengal and 452 shakhas in 373 places in North Bengal. Weekly activity or milans number 1,092 and 226 mandalis are active across the state.