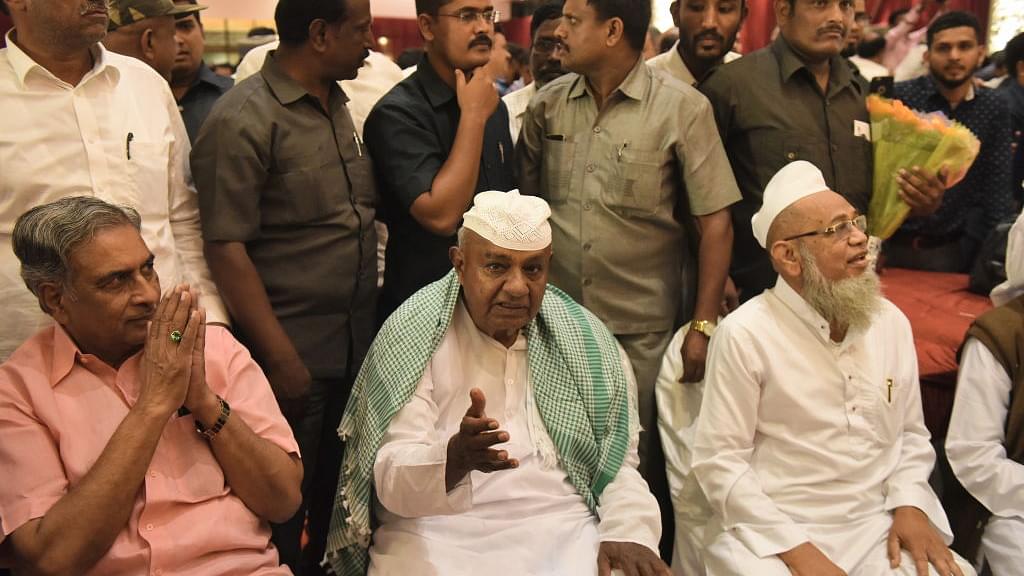 JD(S) supremo H D Deve Gowda on Saturday, 29 December said that his party is looking to demand at least 12 out of the 28 Lok Sabha seats in Karnataka in 2019. The plan is to hold talks with Congress president Rahul Gandhi and make a decision post that. Both parties reportedly want to unite against the BJP in the upcoming general elections of 2019.

The national executive meeting for the JD(S) is scheduled to be held on 29, 30 January. The meeting’s agenda is to discuss some of most the important decisions regarding the Lok Sabha elections.

A state-level meeting is scheduled to be held in Bengaluru in the coming week to discuss the same. After Chief Minister H D Kumaraswamy took oath of office, his father, and former prime minister H D Deve Gowda is said to be managing all party affairs.

A meeting will soon be conducted with the chief secretary to discuss the status of the loan waivers that are in the pipeline. Regarding transfer of the home portfolio from Dy Cm Dr G Parameshwara to M B Patil, Gowda said that it was his son’s personal choice and opinion in having done the same, Deccan Chronicle reported.