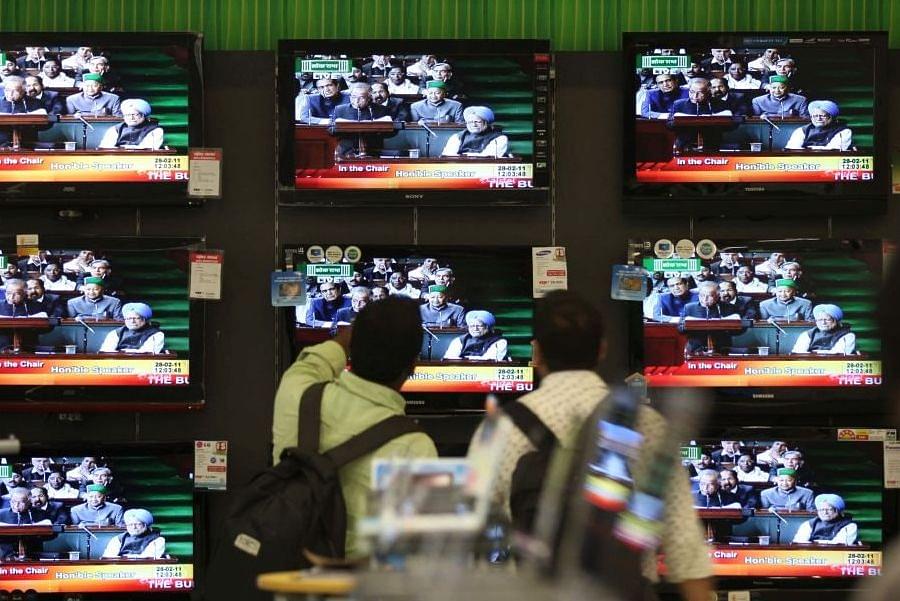 Annual Budget 2011-12 is seen on a TV Screen at the shop at Prabhadevi on Monday.(Kunal Patil/Hindustan Times via Getty Images)

CEO of The Broadcasters Audience Research Council (BARC) India, Partho Dasgupta announced during the ‘Make in Odisha’ Conclave in Bhubaneswar that Odisha has placed itself amongst the top five fastest growing markets for TV in India, as reported by Television Post.

As per reports, the TV penetration has grown 15 percent in Odisha in last two years aided by rising prosperity levels and availability of electricity.

It it has become the third fastest growing TV market after Bihar/Jharkhand (25 percent) and North East/Sikkim (23 percent).

In the market that is majorly Hindi speaking, Odia is come up to be the third biggest market after Bengali and Marathi.

Like the rest of the nation, Odisha is also a predominantly single TV market. Most households have CRT TV sets. There are almost 60 lakh homes in Odisha with TV with 49 lakh non-TV homes.

“TV viewing is in high demand in Odisha. Greater investment in local content will help in driving the growth of Broadcast industry in the state,” said Partho Dasgupta

Data released by BARC also points out that there is a rise in the level of prosperity in Odisha with a huge growth in NCCS A, B and C households alongside a corresponding decline in the NCCS DE households.

Odia channels have a 47 per cent share of the overall viewership pie which when compared to 2017 when it was 44 per cent. Reflecting Odisha’s status as a predominantly rural state, the TV viewership is split 75:25 in the favour of rural audience.