The Unholy Father: Vatican Priest Who Investigated Sexual Abuse Cases Quits After Being Accused Himself, By Nun 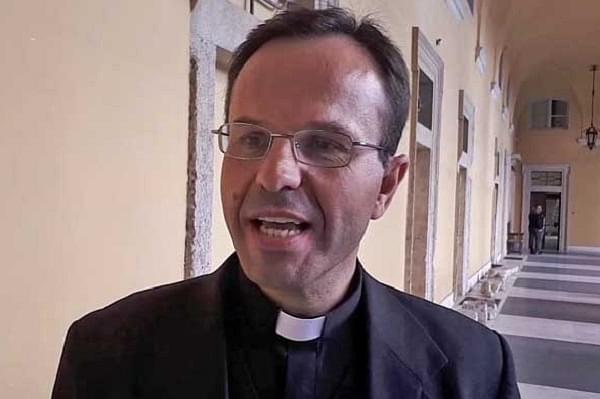 In a major embarrassment to Pope Francis, Vatican priest Hermann Geissler, entrusted with handling sex abuse allegations within the Catholic Church, has resigned from his position as chief of staff in the Congregation for the Doctrine of the Faith, over charges of sexual abuse himself, The Washington Post has reported.

Last year, a former nun, Doris Wagner-Reisinger, accused an unnamed Vatican priest of making sexual advances towards her during a confession session in 2009.

Last week, Doris identified the priest who propositioned her as Hermann Geissler. She told the National Catholic Reporter (NCR) that, with the help of a canon lawyer, she reported to doctrinal congregation officials in 2014 that the priest had propositioned her. Doris said that Geissler assigned himself as Wagner’s confessor and used it to groom her for abuse.

Doris also told NCR, “After the accusation, I got a response that stated that Father Geissler had admitted, and had asked pardon, and was admonished.”

Doris added that, “He would keep me there kneeling in front of him for hours, and he would tell me how much he liked me and that he knew that I liked him and even though we couldn’t marry, there would be other ways.”

“He tried to keep me back and kiss me, but I fled from the confessional,” she said.

Doris also talked about being raped by another priest of the community - the superior of the house - after he came into her room one night in 2008. She said she felt confused and powerless to resist him and added that she did not tell anyone about the assault because she feared the community would “blame me.”

Wagner also said it was “ridiculous” and “symbolic of the church’s attitude toward perpetrators” that Geissler remained in the high-ranking position within the church.

The new accusation comes days before Pope Francis will be holding a global meeting of Catholic bishops to discuss steps to prevent clerical sex abuse.

Francis’ decision to hold an abuse prevention summit in the light of the Catholic Church facing a grave crisis triggered by a series of clerical sexual abuse scandals and explosive allegations against the Pope of being complicit in the cover-up of abuses by predatory priests. The crisis has also triggered protests and calls for the resignation of the Pope, and has shaken the faith of millions of followers of the Roman Catholic Church around the world.

The unprecedented meeting of bishops is being seen as an acknowledgement by the Vatican of the scale of the sex abuse problem, which can no longer be dismissed as a failing of a particular country or culture.