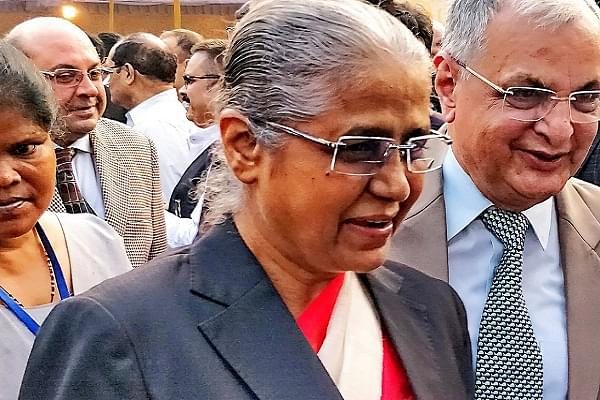 Supreme Court judge Justice R Banumathi who is said to retire on 19 July, said in her farewell speech that while she is a Hindu she believes in the gospel of Jesus and that it is by the grace of Jesus she got educated and came up in life, reports Live Law.

She also said that despite mountains of obstacles in her path no human hand could prevent what Jesus Christ ordained for her in life.

"Though I am a Hindu, I believe in the gospel of Jesus. By the Grace of Jesus, I got educated and came up in life...During my judicial service, there were mountains of obstacles for no reason. Yet no human hand could prevent what Jesus Christ has ordained for me in my life", said Justice Banumathi.

Justice Banumathi: During my judicial service, there were mountains of obstacles for no reason. Yet no human hand could prevent what Jesus Christ has ordained for me in my life.

Justice Banumathi began her judicial career as a district judge in the Tamil Nadu Higher Judicial Service. She was elevated to the the Madras High court in 2003. In 2013 she took charge of the Jharkhand High Court as its Chief Justice.

She was elevated to the Supreme Court in August 2014 and is the sixth woman to become a judge of the apex court.

Speaking at the farewell ceremony Attorney-General K K Venugopal called her retirement a sad day and hoped that she comes back to the legal profession soon.