Three Teenage Siblings, All Children Of Telangana Evangelist, Killed In A House Fire During US Christmas Celebrations 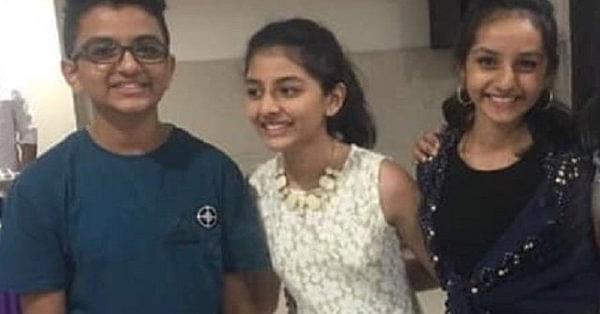 The three children who died in the house fire

Three teenage siblings, all children of a Christian evangelical pastor, Srinivas Naik, hailing from Nalgonda district in Telangana, were killed in a devastating house fire in Tennessee in the US, Memphis Commercial Appeal has reported.

Kari Coudriet, their local host in Memphis and the owner of the two-storey home, also died in the fire. The teenage victims were identified as Sathwika Naik (16), Jyoti Naik (13) and Suhan Naik (14), belonging to Gurrapu thanda of Neredugumma mandal in the district.

Srinivas, who is a pastor at the church, sent his three children to the US about a year-and-half ago for education on the suggestion of a known pastor in that country.
The Naik teens were attending school in Mississippi. When the school closed for winter break, the students couldn't go home to India and were invited by the Coudriet family to stay in their home.

The teens were missionaries in partnership with the Collierville Bible Church. Coudriet family are followers of that church. A fire started around 11 pm at the Coudriet home. The Coudriet family was hosting, housing, and celebrating Christmas with the three teenagers in attendance.

Daniel Coudriet, Kari Coudriet's husband, and their youngest son, Cole, survived the fire and were hospitalised in stable condition. Daniel and Cole survived after jumping from a second-storey window. A neighbour rushed to the scene and tried to go up to the second storey with a ladder to rescue those trapped in the two-storey house after Danny pleaded for help.

The church also added in the statement that the family of the Telangana siblings were still gathering details. "At this time, we are asking for privacy and discretion regarding the missionary children. The family is en route from India and many of the details of the events are still being communicated to them. Please respect this family and give them the time and ability to process information before posting any details on all media and social media outlets," said the church, urging people to donate for emergency flight expenses and other costs.

In Hyderabad, Telangana Congress chief N Uttam Kumar Reddy asked the state government to make arrangements for bringing the bodies of the three teenagers to India.