Three Terrorists Of Resistance Front, Including One Involved In Murder Of Street Hawker, Killed In J&K's Shopian District 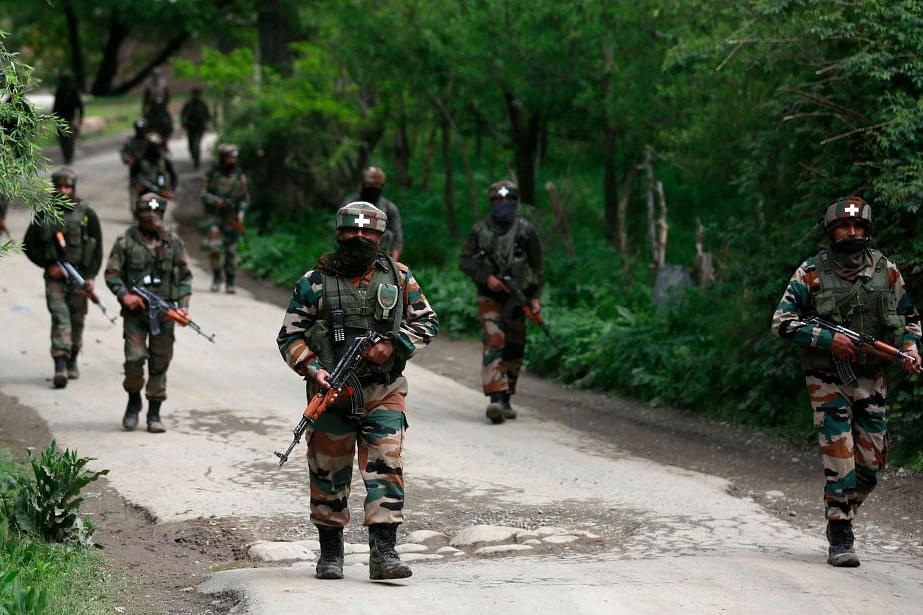 Three terrorists of The Resistance Front (TRF), including the one involved in the recent killing of a non-local street hawker here, were killed in an overnight encounter with security forces in Shopian district of Jammu and Kashmir, police said on Tuesday.

The security forces had launched a cordon and search operation in Tulran, Imamsahab area of Shopian, in South Kashmir on Monday evening, after receiving specific inputs about the presence of terrorists in the area, a police official said.

He said the search operation turned into an encounter after the terrorists fired upon the search party of the forces, who retaliated.

In the ensuing gunfight, three terrorists were killed, the official said.

The police said they belonged to TRF -- a front for Lashkar-e-Taiba (LeT).

Kashmir IGP Vijay Kumar said one of the three terrorists was involved in the killing of non-local street hawker Virendra Paswan.

"#ShopianEncounterUpdate: Out of 03 killed #terrorists, one terrorist has been identified as Mukhtar Shah of #Ganderbal, who shifted to #Shopian after killing one street hawker Virendra Paswan of Bihar," the Kashmir Zone Police quoted the IGP as having said.

Paswan was shot dead in the Hawal area of the city on October 5 immediately after famous chemist M L Bindroo was killed near his pharmacy.