‘Time To Give Investment A Boost, The Ball Is In RBI’s Court’: NITI Aayog VC Pushes For Interest Rate Cut 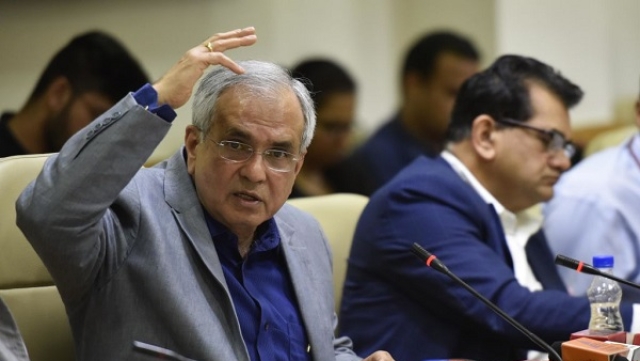 “This is the right time for RBI to think about a rate cut and give investment a boost so that all engines start firing. The ball is in the RBI’s court,” said Kumar in an interview after the budget was presented on 1 February 2019. “If the RBI can help, you will get much higher growth rates,” he added.

The meeting of the Monetary Policy Committee (MPC) chaired by RBI governor Shaktikanta Das, is underway and the decision on interest rates will be announced on 7 February (2019).

Sanjeev Sanyal, principal economic adviser in the finance ministry, had earlier stated that RBI should cut rates as inflation was under control. Consumer Price Index (CPI) was at an 18-month low at 2.19 per cent in December 2018 and wholesale price inflation touched an eight-month low at 3.80 per cent.

With domestic consumption slowing down and uncertainty looms over the fate of the US-China trade war, reducing interest rates to boost credit supply and thereby promote growth, has become imperative