TN Earned 22 Per Cent More Under GST Till December, But Kamal Hassan Wants It To Be Thrown Into Wastebasket 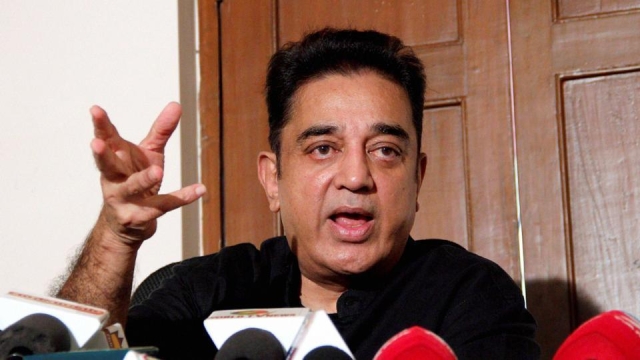 Kollywood showman turned politician Kamal Hassan has said that the Goods and Service Tax (GST) should be thrown into the wastebasket, claiming that it has adversely affected various sectors of the economy, Times of India has reported.

Hassan, who recently took a plunge into politics under the banner of Makkal Neethi Maiyam, has been touring the state to mobilise support for his new party.

Ironically, Kamal Hassan's demand to scrap GST comes at a time when Tamil Nadu’s fears over the GST have proven to be completely unfounded.

In the eight months since the roll-out of the GST, the unified tax has helped the state exchequer tremendously. The state has received Rs 23,317.76 crore under GST from July to December 2017. The state had collected Rs 19,017.87 crore under VAT during the corresponding period the previous year.

This represents nearly 22 per cent increase in tax collection, proving that critics of the GST were indulging in exaggerated fear mongering.

The insipid response that Kamal Hassan has evoked so far has not deterred the actor turned politician from venturing into commenting on areas that his critics allege he has little to no expertise.

The actor also claimed that while demonetisation of Rs 500 and Rs 1,000 notes was a step in the right direction, it was not implemented properly.