TN Government Grants Permission To Conduct Jallikattu In Three Places, In The Aftermath Of Statewide Protest 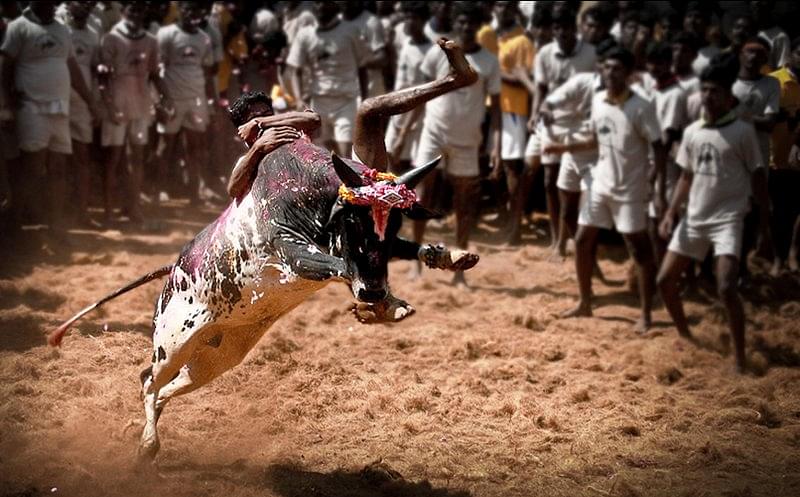 In a boost to Jallikattu fans across the state, the Tamil Nadu government has permitted the sport to be conducted in three places in Madurai district in light of the upcoming Pongal festival, reports TOI.

A government mandate has been issued by K Gopal, principal secretary, and has allowed the conduct of Jallikattu in Avaniayapuram on 15 January, Palamedu on 16 January and Alanganallur on 17 January.

"Under Section 2 of the Prevention of Cruelty to Animals Act 1960, the Tamil Nadu governor hereby notifies that Jallikattu may be conducted on selected days in the places specified," said the order dated 24 December.

The sport involves people attempting to grab the hump on the bulls back and hanging on to it till they gain control of the bull, and has been a subject of raging controversy especially in the state of Tamil Nadu. The sport is being conducted after massive protests broke out in the state last year leading to the state government enacting new laws exempting Jallikattu from the Prevention of Cruelty to Animals Act (1960).

The state government was forced to override the Supreme Court’s ban on the sport despite animal rights activist group PETA protesting against the cruelty meted out to bulls and filing an appeal before the Supreme Court, which is still pending.