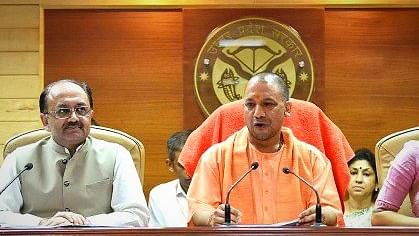 UP CM Yogi Adityanath. (Credits: The Times of India)

In a major tourism boost for the city of Ayodhya in Uttar Pradesh, the Cabinet led by Chief Minister (CM) Yogi Adityanath on Friday (1 November) approved a spending of Rs 446.46 crore on building a state-of-the-art digital museum and other beautification projects, along with the building of the much-talked-about statue of Lord Ram, reports Asian News International (ANI).

Approving other major projects for Ayodhya, the Cabinet greenlighted the building of a library and also a food plaza in the city. The projects are aimed at revamping and uplifting the city of Ayodhya as a major tourism hub with eminent offerings.

Meanwhile, in a bid to facilitate better experiences for tourists visiting Varanasi, the state's Cabinet approved the building of a dedicated tourist police station in the city to address their concerns.

Among other decisions taken, the State Cabinet also decided to conduct more surveys and research for the development of 28 development regions across the State, on the lines of the two developments regions approved in Sonbhadra.