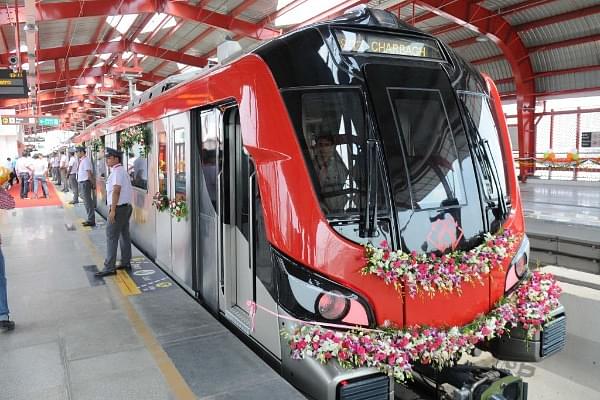 “Today’s development marks an important step ahead in the direction of counter less ticketing which the Lucknow Metro aims to achieve in the near future for the benefit of Metro commuters. By using this facility at the automatic Token Vending Machines (TVMs)/ Recharge Card Terminal Machines (RCTMs), the Metro commuters can now directly get the tokens from these machines by paying the fare through their debit/credit card in a cashless mode ”, Kumar Keshav said while speaking at the event.

“We are very delighted and honoured to have partnered with LMRC to provide such a service for the Metro passengers. This initiative will facilitate the customers to purchase token in a smart way at the Metro stations without wasting their time while standing/waiting in queue to get a token from the token counters in a manual way”, the regional head of HDFC Bank Sanjeev Kumar said.