Traffic Jams All Around: BBMP Picks 42 Roads For White-Topping At Rs 641 Crore, To Execute All Simultaneously 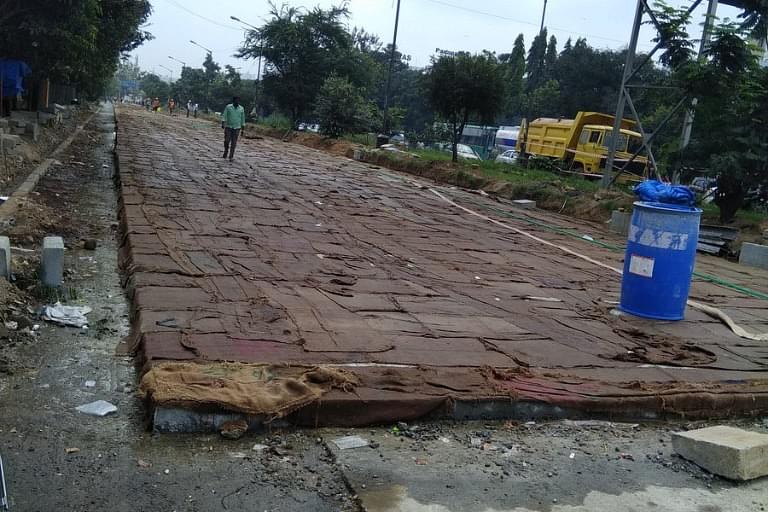 Road being given a layer of concrete in Bengaluru (@Yuvaraj0096132/Tettier)

Going ahead with its frenzy to have white-topped roads in the city, the Bruhath Bengaluru Mahanagara Palike (BBMP) has finalised 42 roads that will be given a layer of thin concrete at a cost of Rs 641 crore, reports Bangalore Mirror. The BBMP has not finished more than 15 per cent of the work on the roads identified under the 2016-17 budget but is going forward with the new set under the 2017-18 budget.

Under the previous budget, the corporation had sanctioned Rs 690 crore towards white-topping 93 km roads. However, the Bengaluru Traffic Police (BTP) refused to grant permission owing to the civic body’s inability to complete work on time.

Claiming to have learnt from its past experiences civic officials have now planned to finish the work, which will be done concurrently across all roads with a deadline of 15 months including the monsoon period.

The BBMP has identified several major roads across the city that are prone to heavy traffic in localities including Jayanagar, BTM Layout, Koramangala, Yeshwanthapur, Malleshwaram and Basavanagudi.

This development comes in a day after the civic body proposed to bring back a 2 per cent urban transport cess after a five year period.

Also Read: Why Bengaluru Must Go For High-End Black Roads, And Not White-Top Them