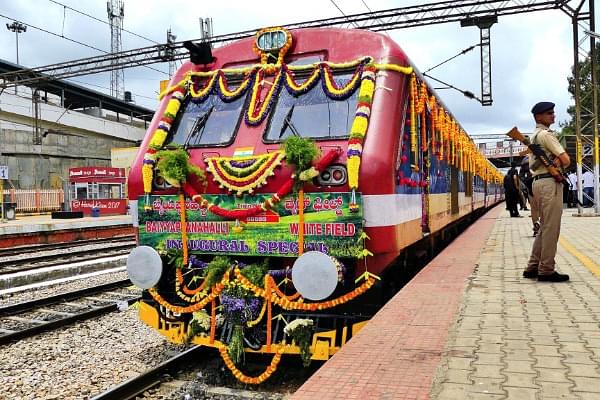 Commuters travelling to Bangalore’s IT corridor like Electronics City, IT Parks on the Outer Ring Road and industrial areas in Jigani, Bommasandra and Attibele can expect more train service two years from now.

South Western Railway on Tuesday (2 October) floated tenders for doubling of the 48 km railway line between Baiyappanahalli and Hosur, a move which will ensure running of more suburban trains.

An official working for SWR said that the upgrade is crucial for building a suburban rail network in the city. “Currently, the Bengaluru -Hosur line is facing too much load. Trains passing through this section have to wait for over 25 minutes, thereby causing huge inconvenience to the passenger. The doubling of the track will help make train services more efficient and make them reliable on this section”, as reported by The Hindu.

The deadline to submit bids for the Rs 123.05 -crore project which has been split into five packages is October 23. The tender which is likely to be finalised within two months, states that the project is expected to be completed within 18 months of awarding it. This forms part of a 375-crore package to improve suburban rail services, reports NIE.