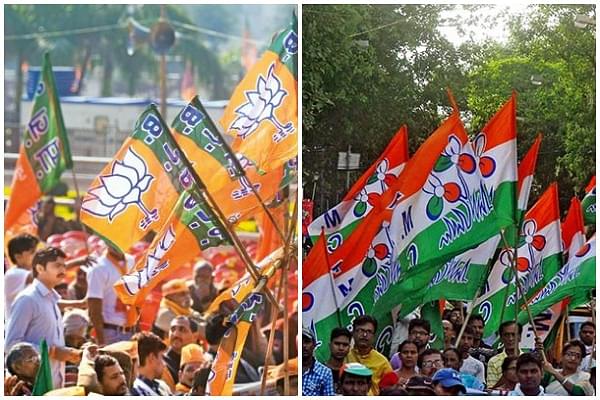 The two senior Trinamool Congress leaders who created a flutter by joining the Bharatiya Janata Party on the eve of the Lok Sabha polls have won from the two constituencies which were considered their strongholds.

Nisith Pramanik, the former chief of the Trinamool’s youth wing in North Bengal, has bagged the Cooch Behar seat by a margin of 54,231 votes. His entry into the BJP was marked by protests by a section of BJP workers in Cooch Behar, but the state leadership intervened. Rattled by Pramanik’s defection, the Trinamool leadership replaced the then sitting Cooch Behar MP, Partha Pratim Roy, who was perceived to be suffering from anti-incumbency and replaced him with a former Forward Bloc veteran Paresh Adhikary. But the Trinamool’s gambit did not pay off.

Trinamool MLA Arjun Singh, who held senior positions in the party, also joined the BJP on the eve of the polls and was fielded from the Barrackpur Lok Sabha constituency. Singh, a four-time MLA from Bhatpara, an assembly segment within Barrackpur Lok Sabha seat, had demanded the Lok Sabha ticket from Barrackpur from the Trinamool leadership. But Mamata Banerjee refused to replace the incumbent MP, Dinesh Trivedi, and give the ticket to Singh. Singh revolted and joined the BJP, which fielded him from the constituency.

Ultimately, Singh defeated Trivedi by 14,857 votes. Interestingly, Singh had ensured Trivedi’s win from Barrackpur in 2014 and Trivedi had publicly acknowledged that. Singh’s entry into the BJP triggered retribution by alleged Trinamool musclemen, who attacked him a few times. The police also slapped cases against him and he had to seek protection against his arrest from the Supreme Court.

The Battle For Barrackpore: A Prestige Issue Not Just For Contestants