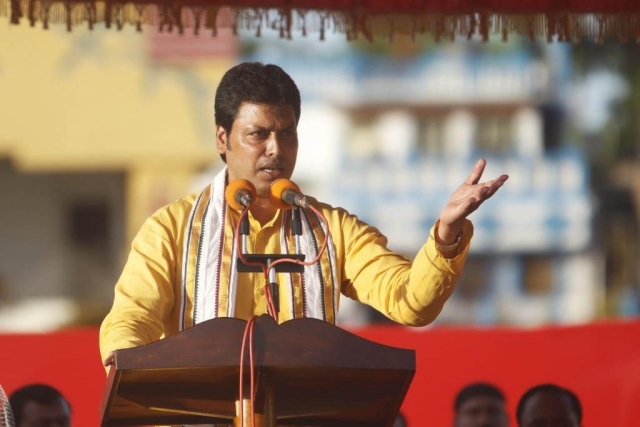 Chief Minister (CM) of Tripura Biplab Kumar Deb on Sunday (8 March) launched a major road construction drive which will witness construction of 127 kilometres of brick soling roads in a single district of the State within a span of just 72 hours, reports Asian News International (ANI).

Under the project which is being implemented on a mission mode, Government would build a total of 440 brick soling roads primarily in the remote areas of West Tripura district of the State. The development comes as CM Deb noted that many small villages of the State are still to have road access.

The project is being implemented under Government of India's MGNREGA programme. As an outcome of the project, the State Government would generate 1.5 lakh man-days of jobs while also building permanent assets for the people of the State.

Speaking at the project's launch at Bhagalpur Gram Panchayat, CM Deb said that similar road building programmes would be launched in the other districts of the State under a mission mode.