‘Troika of Tyranny’ Led By ‘Three Stooges’ Of Socialism: US To Impose Sanctions Against Cuba, Venezuela, Nicaragua 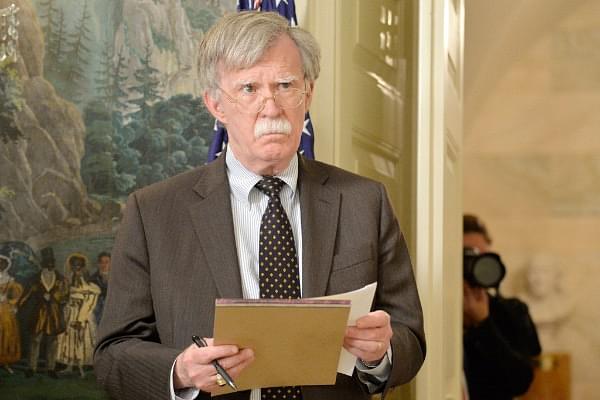 In a speech signalling a dramatic shift in its Latin American policy, US National Security Adviser John Bolton on Thursday (1 November) dubbed Cuba, Venezuela and Nicaragua as a “troika of tyranny” and said the Trump administration will take a hard line against these nations by imposing sanctions and cutting off diplomatic relations with them until demands are met, Fox News has reported.

“This Troika of Tyranny, this triangle of terror stretching from Havana to Caracas to Managua, is the cause of immense human suffering, the impetus of enormous regional instability, and the genesis of a sordid cradle of communism in the Western Hemisphere”, Bolton said in an address at Miami Dade College.

He added that, “Under President Trump, the United States is taking direct action against all three regimes to defend the rule of law, liberty, and basic human decency in our region”.

Bolton said the Trump administration “will no longer appease dictators and despots near our shores in this hemisphere.” He described Venezuelan leader Nicolás Maduro, Nicaragua’s Daniel Ortega, and Cuba’s Miguel Díaz-Canel, as the “three stooges” of socialism and called them Larry, Curly, and Moe.

Bolton urged Venezuela to release all of the country’s roughly 340 political prisoners. He also announced that Trump has a signed a new executive order that will prohibit U.S. citizens from involvement in the gold export trade from Venezuela.

Bolton also trained his gun on  Nicaragua and its  leader Daniel Ortega for his “regime’s violence and repression against its citizens and opposition members.” Bolton condemned Ortega of Nicaragua for clamping down on a recent protests for his ouster in which 300 people have been killed. “Free, fair, and early elections must be held in Nicaragua, and democracy must be restored to the Nicaraguan people,” he said.

Bolton also said that the Trump administration will minimise diplomatic ties with Cuba and US cash to reach Cuba’s military, security, or intelligence services. Instead, it plans to impose financial penalties on Cuba until it frees political prisoners, allows for freedom of speech, embraces all political parties, and ensures fair elections.

Bolton blamed Cuba for supporting Maduro’s government and he urged the region’s leaders to let the nation know that it would be held accountable for its continued oppression in Venezuela.