Troubled By Beggars In Tirupati? Relief For Tourists As Municipal Corporation To Launch Drive Against Vagrants 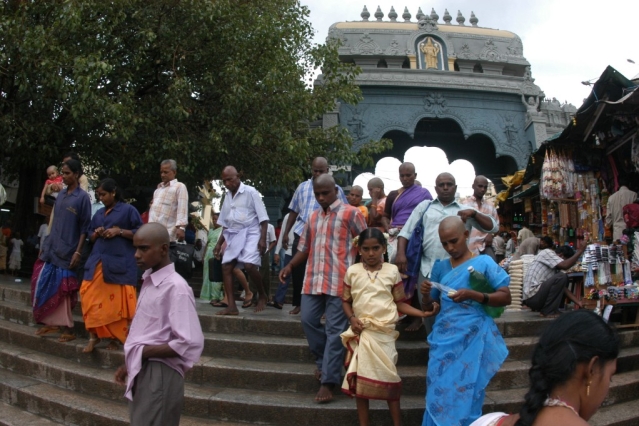 Municipal Corporation of Tirupati (MCT) is planning to make the temple town beggar-free by launching a drive to find a permanent solution to the problem by 10 December in line with its Smart City accreditation.

The survey states that of the 2,500 to 3,000 beggars found in Tirupati and Tirumala, 72 per cent of are fake beggars with an annual income of Rs 2 crore. The remaining 28 per cent are genuine, who are forced to beg due to various issues with officials finding it tough to identify the real beggars from the fakes.

Scores of pilgrims face harassment at the hands of the beggars at the Central Bus Station, Railway Station and local temples, with fake ones crowding out busy places like Alipiri and Srivari Mettu. MCT has been appealing to the residents and tourists to stop giving the beggars money to discourage them.

To solve the issue, the officials are planning to shift the real beggars to the civic body shelters at the outskirts of Tirupati and provide rehabilitation by skill training, schooling and providing them with food and shelter, as reported by Deccan Chronicle. Currently, of the government-sanctioned two-night shelters for Tirupati, only one-night shelter has been running due to non-availability of a building, which is a problem since hundreds come to the city from all over South India.