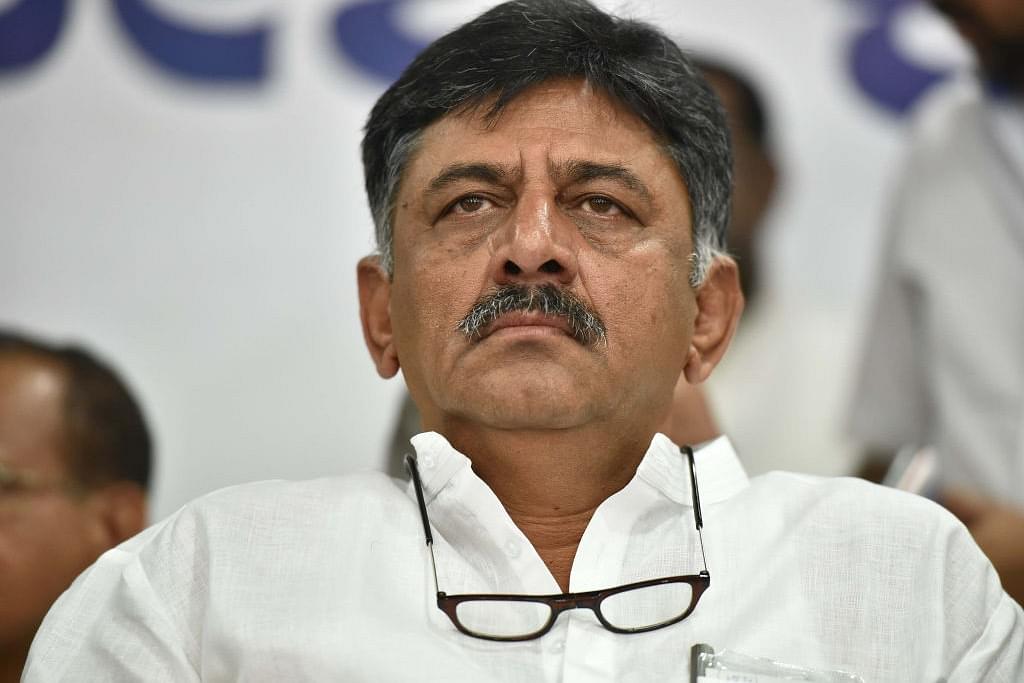 Senior Congress leader from Karnataka, D K Shivakumar, who has a reputation of being the party’s ‘troubleshooter’ in the state in times of political crises, now faces the possibility of being arrested by the Enforcement Directorate (ED) after his appeal before the Karnataka High Court failed to get him protection from the same, reports News18.

Shivakumar had filed an appeal before the court after his petition asking for extension in time he was given to appear before the ED or protection from being detained was rejected by Justice Aravind Kumar.

In response to summons issued by the ED around 9.40 pm last night, D K Shivakumar reached Delhi around 5.30 pm today.

Before heading to the ED office from the Karnataka Bhavan in Delhi where he is to face an interrogation under the supervision of Monika Sharma, D K Shivakumar spoke to the media and said he would co-operate with the interrogation.

"Even the ED knows I am not someone who will run away or escape interrogation. I shall answer all question asked of me," he stated.

The fiery Congress loyalist who had tried hard to hold the former coalition government in place has alleged that CM B S Yediyurappa is indulging in vindictive politics.

D K Shivakumar's troubles, as he has tweeted and alleged, began after he accommodated a set of Congress MLAs from Gujarat in his resort to prevent 'poaching'. He has also said that he is being targeted for 'being a loyal Soldier of the Congress party and doing what his party asked him to do'.