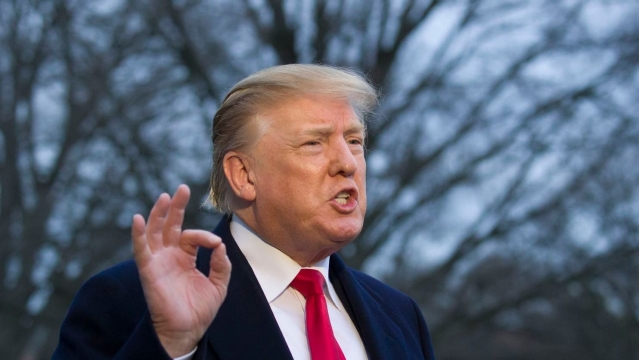 With mounting attack by Democrats to impeach President Donald Trump over Ukraine controversy, there is growing, uncertainty and unease within the Republican Party who fear Trump's messaging approach could consume and overwhelm the White House, reports CNN.

At present Trump faces two challenges, his dealings with Ukraine and his withdrawal of support to Kurds which has united both parties. However Trump has promised he will turn to be focusing to governing as White House lawyers in their letter to the Democrats say that "he remains focused on fulfilling his promises to the American people."

But the President has spent hours tweeting about the impeachment and has been in constant touch with Senate Majority Leader Mitch McConnell, to whom he's stressed the importance of Republican unity which many see as the Presidents attempt to ensure unwavering loyalty.

In the last few days, Trump has been lashing out at GOP senators he sees as disloyal, putting Majority leader Mitch McConnell in dilemma who is trying to preserve the Republican majority in the Senate and is also finding very difficult to placate a fickle President who demands nothing short of total loyalty.

Trump the counter puncher has already demonstrated his willingness to go after Republican defectors after Senator Mitt Romney said “it was wrong and appalling" for Trump to suggest Ukraine and China investigate Joe Biden. Immediately, Trump responded by calling Romney a "pompous ass" and suggesting Romney himself be impeached.

Experts say, in a chaotic political environment and a dysfunctional West Wing confused about how to deal with multiple political problems, many Republicans are reticent to defend Trump publicly and are worried about their own political future, as Trump plans to go on an all-out war against impeachment with his base apparently still intact.