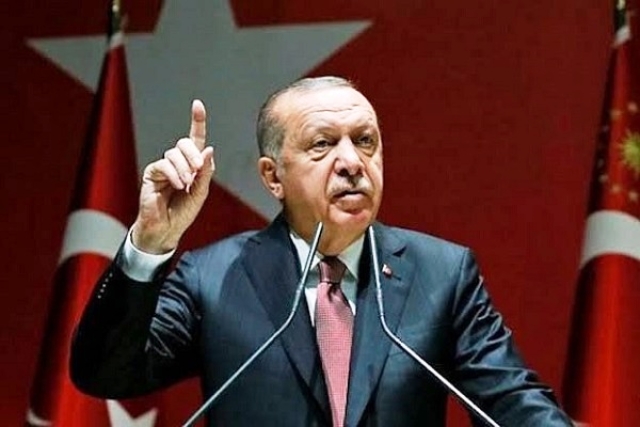 Turkey has started deporting foreign fighters of the Islamic State (IS) terror group, starting off with an American and soon to be followed by seven Germans, an Interior Ministry spokesman said on Monday (11 November).

"A US citizen IS terrorist has been repatriated after the completion of legal procedures," Ministry spokesman Ismail Catakli told the state-run Anadolu Agency, adding that the Germans will be deported on Thursday (14 November).

"Turkey will extradite them no matter what," he said.

Three more IS members will deported on Monday, Catakli said but did not reveal their nationalities.

He also did not immediately provide further information on the IS members but said they were being held in deportation centres, Hurriyet Daily News reported.

Interior Minister Suleyman Soylu had warned last week that Ankara would begin to send IS members to their home countries on Monday even if their citizenships have been revoked.

Soylu did not provide any numbers or say which countries they would be sent back to. He added that Turkey was not "a hotel" for IS terrorists.

Turkey aims to extradite around 2,500 IS terrorists, the majority of whom will be sent to European Union (EU) nations, state broadcaster TRT Haber said.

Ankara has repeatedly called on European countries, including France, to take back their citizens who are IS fighters.

Europeans comprise a fifth of the around 10,000 IS members held captive in Syria. Denmark, Germany and Britain have so far revoked some citizenships.

Since Ankara recognized IS as a terrorist group in 2013, the Turkish state has been attacked by the group numerous times, including 10 suicide bombings, seven bombings, and four armed attacks which killed 315 people.