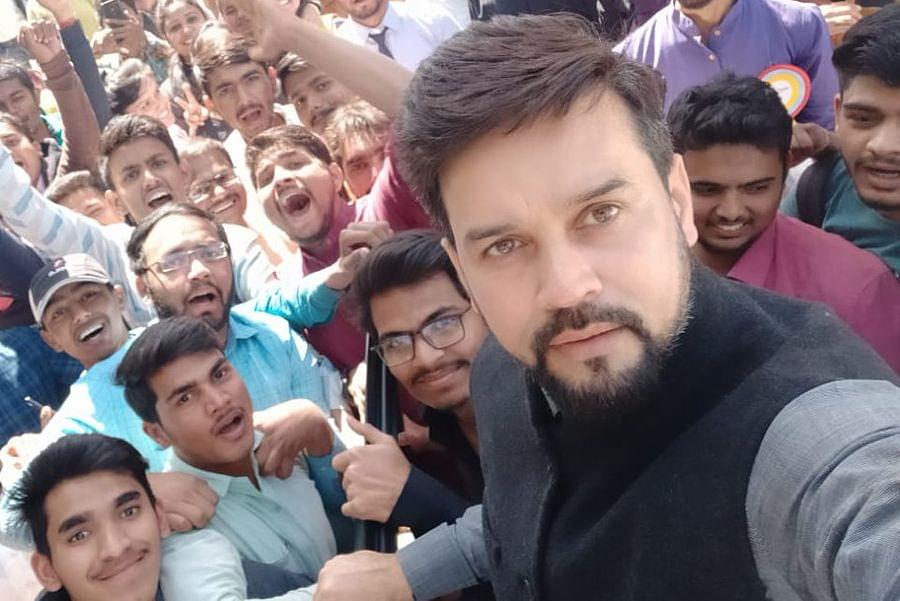 BJP MP Anurag Thakur is the chairman of the Parliamentary Committee on Information Technology (Source: @Dir_Rakesh/Twitter)

After Twitter CEO Jack Dorsey and other top company officials decided against appearing in front of Parliamentary Committee on Information Technology on 11 February, Bharatiya Janata Party MP Anurag Thakur, Chairman of the committee has hinted towards a strict response.

Twitter cited “short notice” of the hearing as the reason, despite being given 10 days to travel.

Twitter was called by the committee via an official letter dated 1 February to discuss the issues concerning the use of social media. "It may be noted that the Head of the Organisation has to appear before the Committee," said the letter as per reports by ANI.

Furthermore, the letter stated that another representative might accompany the head. In addition to this, the committee had also summoned the Ministry of Electronics and Information Technology (MEITY) for the meeting.

The meeting was initially scheduled for 7 February but was postponed to 11 February to allow the Twitter CEO and senior officials more time to make themselves available.

On February 7, Vajaya Gadde, Twitter’s global lead for legal policy, trust and safety sent a letter to the committee stating, “No one who engages publicly for Twitter India makes enforcement decisions with respect to our rules for content or accounts in India.”

Twitter’s move to depute a junior employee to represent the social media platform at the Parliamentary IT Committee did not go well with Indian lawmakers. “The lack of seriousness and disregard shown by Twitter to India's Parliament is not new. Social Media Tech CEOs have evaded answers and tried to avoid Parliamentary hearings in Singapore and the US Congress previously,” said one of the ANI’s source.Bhara