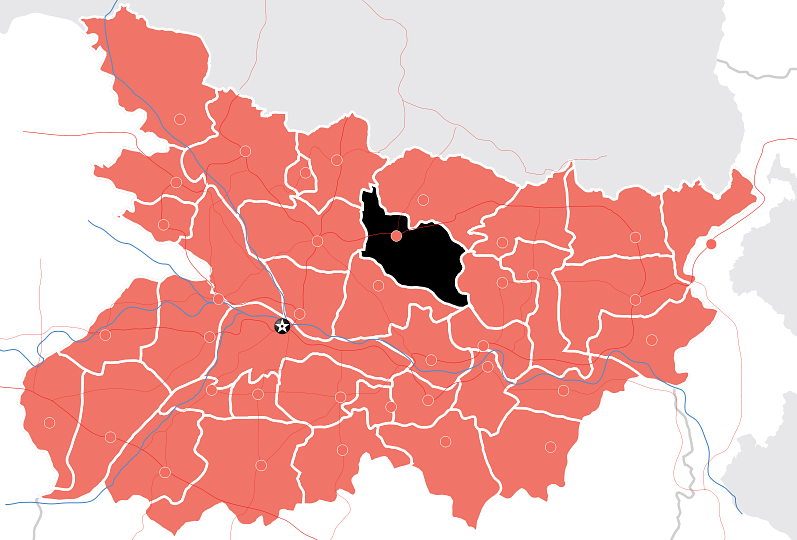 Two days after bypoll results were announced in Bihar, where the Bharatiya Janata Party (BJP) was unsuccessful in both the Araria Lok Sabha constituency and the Jehanabad Vidhan Sabha constituency, a person was killed in Darbhanga town.

#Darbhanga (Bihar): Around 40-50 men came on 25-30 bikes with hockey sticks & swords. My father went to them to explain the situation, but was beheaded, they also tried to kill my brother: Son of 70-yr-old man who was beheaded for naming a chowk as Narendra Modi chowk pic.twitter.com/sVS5i65GKI

A local claimed that his father had been beheaded by a group pf 40 to 50 men on bikes for renaming a junction to Narendra Modi chowk.

Police meanwhile said that they had taken the statements of all in the vicinity and left.

However, the matter was partly rubbished by Bihar Deputy Chief Minister Sushil Kumar Modi who said that the beheading took place over a property dispute.

Totally false that murder in Darbhanga cose of naming Modi https://t.co/Vzjoj6xJaW of land dispute.Board was put long back,Murder has nothing to do with Board.

While violence over squabbles is quite common, this is the first time that such a gruesome beheading took place.