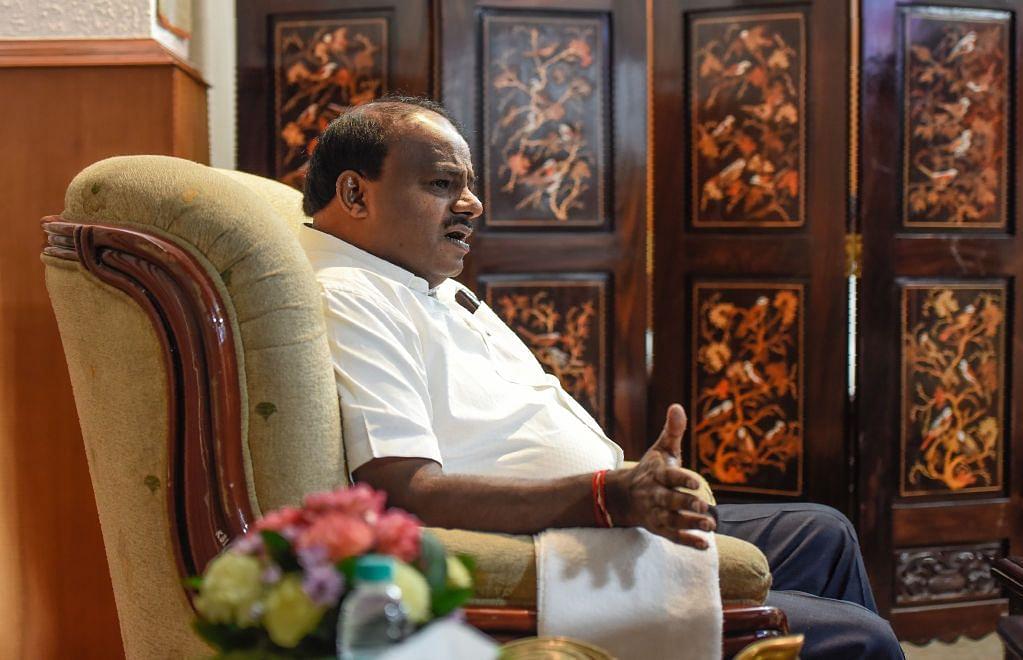 Woes of the Congress party in Karnataka don’t seem to be ending as two more party MLAs tendered their resignation to the assembly speaker today afternoon (10 July), Deccan Herald has reported.

The two MLAs M T B Nagaraj And K Sudhakar representing the Hoskote and Chikkaballapur assembly constituencies respectively, together went to the speaker K R Ramesh Kumar’s office to tender their resignation.

Both the MLAs had earlier criticised Chief Minister H D Kumaraswamy for neglecting developmental works in their constituency.

These resignations have taken the total number of rebel Congress-JD(S) to 16, thus leaving no doubt that as things stand, the state government does not have the required majority numbers.

This comes at a time when party troubleshooter D K Shivakumar has flown down to Mumbai in an attempt to meet and pacify 10 Congress-JD(S) rebel MLAs residing at a hotel in Powai. He has since then been detained by the police.