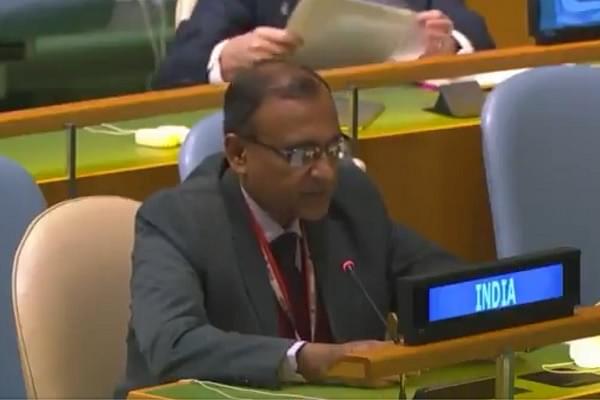 India on Monday (16 November) said that the United Nations Security Council (UNSC) has become an "impaired organ" today as it was "unable to act with credibility essentially due to its unrepresentative nature".

Speaking at the 75th Session of the United Nations General Assembly, India's permanent representative to the UN, T S Tirumurti also pointed out that the Intergovernmental Negotiations (IGN) has has become like a platform for debate in a University rather than a serious resulted-oriented process in the United Nations consisting of sovereign member states.

"Today’s Security Council is an impaired organ. It has been unable to act with credibility essentially due to its unrepresentative nature. But then, what is happening inside the IGN process, which we seem to be wedded to?" Tirumurti said.

"Inside the IGN, nothing has moved for more than a decade except hearing passionate statements on the need for reform. In fact, it has not progressed since it is not only informal but it has no rules of procedure and has no records. For a decade it has remained that way. We are forced to keep our own notes placing a tremendous burden on all small and medium states," he said.

"The same countries who shed crocodile tears for small and medium states are the same ones denying them even the basic courtesy, which is to help them keep official record of discussions," he added.

"What happens here has no record and we start again the next year as if nothing has happened. And of course, we don't even have a single negotiating text," the Indian envoy said.

"IGN has become like a platform for debate in a University rather than a serious resulted-oriented process in the United Nations consisting of sovereign member states," Tirumurti added.

He also slammed the countries which are hampering the progress of IGN and said that they were using the IGN as a "smoke-screen" to stop themselves from being identified by paying "lip-service" to UNSC reform.

"The conditions they are laying out are impossible to fulfill - which is full consensus of all member states. Ironically, this is happening at a time when we were in a tearing hurry last week to give ourselves e-voting rights. But for IGN, they want no voting, leave alone e-voting, but only full consensus!" he said.

"We need decisive movement this year. Without decisive movement, I feel that those who support real reform and who wish to deliver on the commitment made by our leaders, will be forced to look beyond the IGN, maybe to this very Assembly, for results. If that happens, we must not hesitate in taking a relook at the IGN process itself," he added.