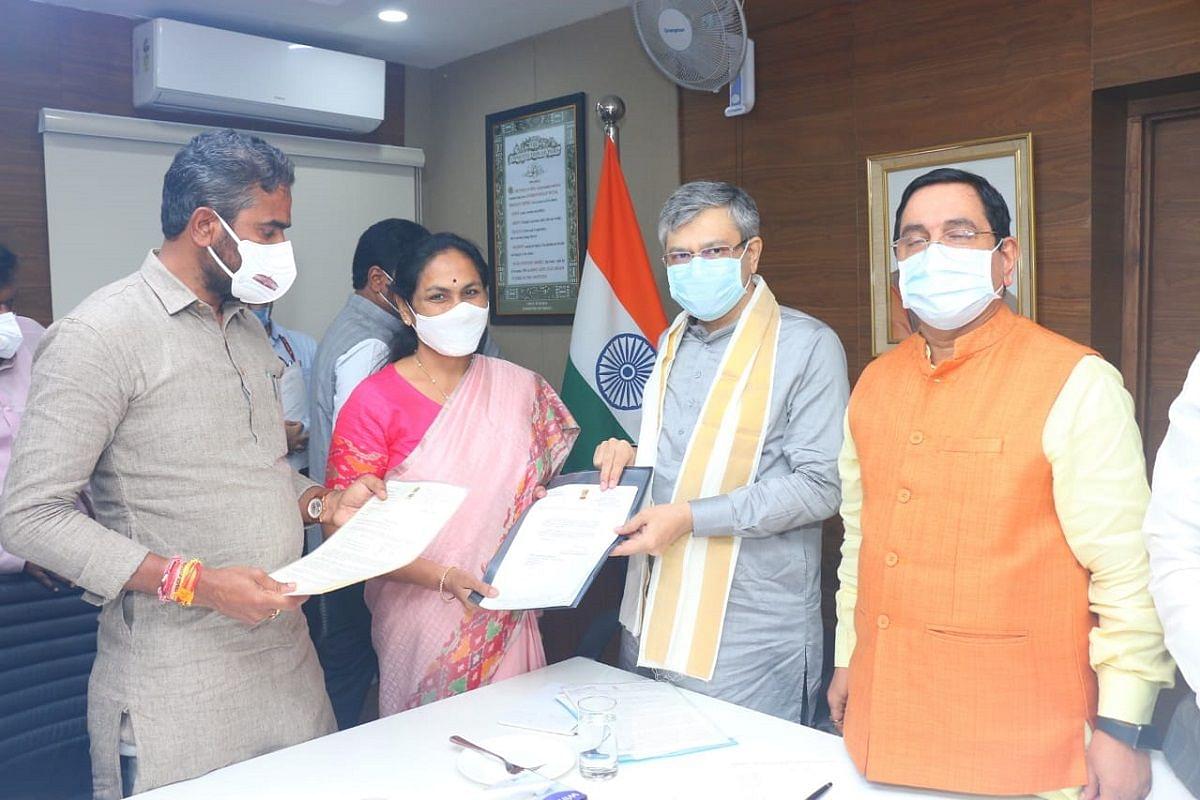 "MPs from Karnataka held a meeting with Union Minister For Railways Sri AshwiniVaishnaw Ji. Highlighted the various railway related demands and issues of Udupi-Chikmagalur. The Hon'ble Railway Minister assured of positive action about all the proposals," Shobha Karanlaje tweeted.

KRCL is a joint venture of Indian Railways with Maharashtra, Goa, Karnataka and Kerala.

Minister Karandlaje said that Konkan Railway has failed to fulfil the aspirations of coastal Karnataka, and merging it with Indian Railways is a long-pending demand from people.

Railway users from coastal Karnataka allege that KRCL is cancelling the existing services instead of introducing new trains.

They claim that KRCL cancelled the popular Yeshwantpur-Karwar-Yeshwantpur tri-weekly day train between Karwar and Mangaluru Junction to earn a profit by running goods trains, reports The Hindu.

The Konkan is a coastal strip of land bounded by the Sahyadri hills on the east and the Arabian Sea on the west.