International Flights To Start From Kushinagar Airport By Diwali: UP CM Yogi Adityanath 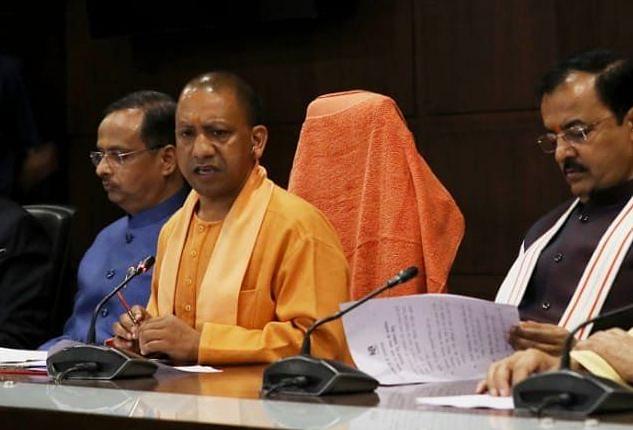 Chief minister Yogi Adityanath has announced the start of international flights from the Kushinagar airport by Deepawali.

The airport is located about 52 kilometres east of Gorakhpur, the home district of the Chief Minister.

Talking about the strategic importance of the Kushinagar airport, located close to the International Border, the Chief Minister said in a statement, that this entire region is part of the ‘Buddha Circuit’ and this facility will increase the inflow of foreign tourists.

He said there is an immense potential of tourism in the eastern Uttar Pradesh region and officials have been directed to prepare an action plan in consultation with the public representatives to showcase it as an international tourist hub.

With a growing number of youths from Bihar and eastern Uttar Pradesh flying to various Gulf countries for employment, this airport would also become handy for them in reaching their destinations.

It may be recalled that the union cabinet in June this year, had decided to recognise Kushinagar as an international airport — the 29th in the country and fourth in Uttar Pradesh, including the upcoming Jewar airport.

Meanwhile, the Chief Minister also announced that his government would celebrate the upcoming centenary of the 1922 Chauri Chaura movement with much fanfare.

The incident involving freedom struggle had taken place at Chauri Chaura in Gorakhpur district on 4 February 1922, when a large group of protesters, participating in the non-cooperation movement, had clashed with police, which had opened fire on them, killing three civilians.

The demonstrators, in retaliation, attacked and set afire the Chauri Chaura police station, killing all its 22 occupants.

The Chief Minister has also made two crucial announcements while reviewing the developmental projects of the Gorakhpur division, comprising eastern districts of Gorakhpur, Deoria, Kushinagar and Maharajganj.

Yogi Adityanath also directed officials to make an integrated action plan to devise a permanent solution to the nagging flood menace in the eastern part of the state. He asked officials to undertake dredging of rivers in the region to extract dual benefit — relief from floods and availability of sand which will fetch revenue for the district administration.

He said his government has controlled the Japanese Encephalitis (JE) and Acute Respiratory Syndrome (AES) to a great extent. He also said pure water is the key to effective control over JE and other communicable diseases. “Make a project for house-to-house water supply in every JE-affected village,” he said.