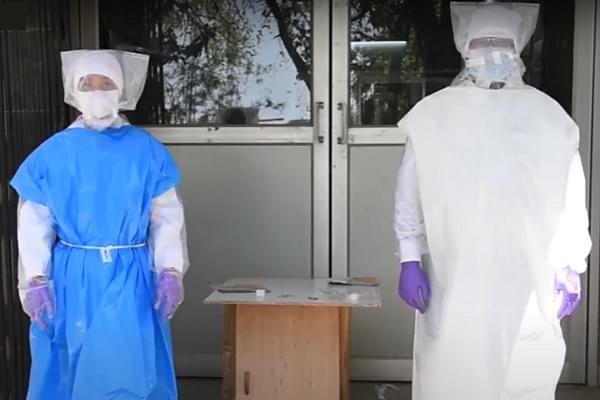 A beginning in this direction is being made in Mathura jail.

Senior Superintendent of the Mathura jail Shailendra Maitri said that watching the technique on YouTube, an NGO engaged in rehabilitation and reforms programme in the jail complex has developed 20 pieces.

"We will soon start its production in the jail so that we can protect our staff too," he said.

The improvised kits will cost between Rs 150 and 200 per piece, which is far cheaper than other PPE kits that cost around Rs 850.

The jail official said, "In a temporary jail, our staff and cops usually interact with the accused before testing them for COVID-19 and possibilities of spread of infection remain. This kit will help them prevent contacting the diseased and, moreover, these are as reusable after sanitization."

Shipra Rathi of the Khajani Welfare Society, the NGO that works for jail inmates, said, "We have taken suggestions from medical professionals before preparing the kit. This is not for doctors but for those who can possibly catch infection as they work in high risk areas like sanitation workers, cops, jail staff etc."

Rathi said that they have followed WHO norms of sealing the plastic kit without stitching. The kit includes a face mask, latex gloves, shoe covers, arm covers, body cover and a cotton cap.