UP Police Seizes Property Worth Rs 2.5 Crore Of Cow Smugglers In Moradabad 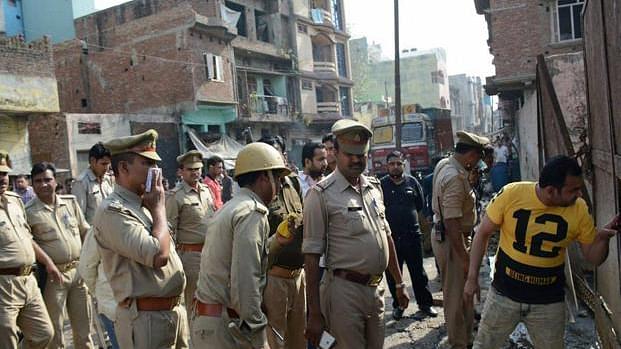 Policemen raid at a slaughterhouse in Moradabad. (PTI)

The Uttar Pradesh (UP) Police has seized assets worth Rs 2.5 crore, of smugglers who were involved in cow-smuggling.

The District Magistrate (DM), under the Gangster Act, directed the Tehsildar of the village to seize the property of Farhan and his brothers, Sarik and Subhan.

Following the orders by DM Anand Kumar Singh, the Tehsildar, along with the Kotwali Police, seized the plots purchased in many agricultural and urban areas on Saturday.

According to Additional Superintendent of Police Pankaj Kumar Pandey, "Farhan, a resident of Miya Sarai, is the leader of the smuggling gang. He committed illegal activities in the past five years and acquired wealth. The police handed over Farhan and his brothers to the DM."

The properties will be deemed as government properties in a day or two. (ANI)