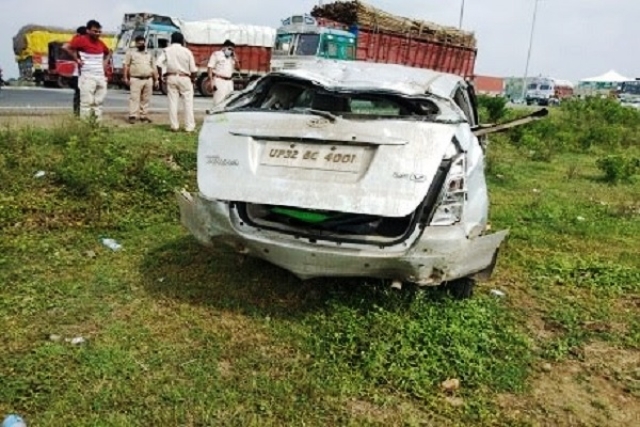 Overturned car of UP Police

A car which was being used by the Uttar Pradesh police to bring back gangster Firoz Ali to Lucknow from Mumbai met with an accident on National Highway 46, resulting in the death of the gangster, Times of India has reported.

As per the report, the car hit a bull when it was passing through Guna district in Madhya Pradesh causing it to overturn. Ali died, while four others including two policemen suffered injuries.

"When they reached Chachoda police station in Guna, the car hit a blue bull and overturned", Lucknow Police Commissioner has been quoted as saying.

Ali a notorious gangster was wanted in over ten cases of loot and dacoity and has been wanted under the Gangster Act since 2018.

Subsequently the cops received information of Ali living in Mumbai and raided his house in Nalasopara on Saturday (26 September). He was then being brought back to Lucknow by road, when the accident happened.