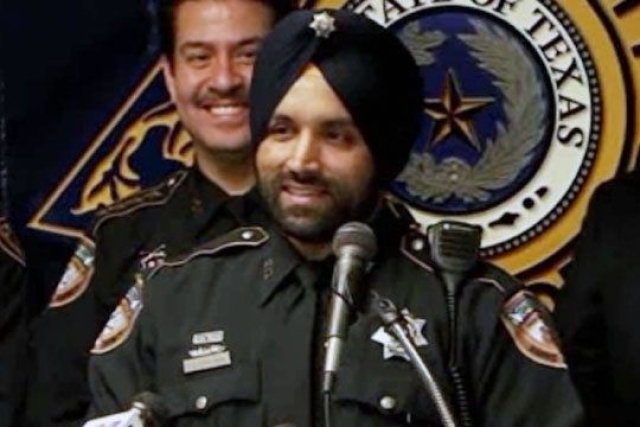 A Democratic Congresswoman has introduced a bill in the House of Representatives to name a post office in Houston after Sandeep Singh Dhaliwal, the first Sikh Deputy in Texas's Harris County who was shot dead while on duty in September.

While introducing the bill, Fletcher said: "Deputy Dhaliwal represented the very best of our community: he worked for equality, connection, and community through his life of service to others.

"The Deputy Sandeep Singh Dhaliwal Post Office will serve as a permanent reminder of his service, his sacrifice, and his example for us all."

Dhaliwal, 42, was shot dead in September by a suspect during a traffic stop in the Texas’ Harris county's Cypress area.

Remembered as an ‘American hero’ with a ‘heart of gold’, the slain officer had obtained a huge following for setting an exceptional example for himself and his community during his short lifetime.

He was the county's first Sikh Deputy when he joined the force 10 years ago, and became a national figure after convincing the Harris County Sherrif's Department to allow him to wear a turban and grow a beard while on patrol.

In response to the development, the slain officer's father Pyara Singh Dhaliwal said: "The support and kindness we have received from the Houston community and people around the country has been both inspiring and comforting in this difficult time.

"My family is grateful to Congresswoman Fletcher for her work to recognize my son's legacy and his love for the people of this city.

Earlier in October, 98 former and current Sikh service members and law enforcement officials delivered letters to the US Department of Defence and national police agencies advocating changes to accommodation policies for religious minorities.